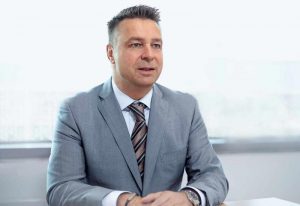 The International Association of Airport and Duty Free Stores (IAADFS) Board of Directors elected Rene Riedi to be the next Chairman of the Association, effective July 1, 2019.  Riedi is eligible for a two-year term. He replaces Erasmo Orlliac of Motta International, who remains on the Board after serving as Chair for three years.

The Board also elected Enrique Urioste as Chair-Elect and Mark Sullivan as Treasurer.

Riedi is the CEO for Division 4 of the Dufry Group of Companies, which covers the Caribbean and Latin American markets. Prior to his transfer to the United States in 2012, Riedi had been Chief Operating Officer Retail Region Eurasia & Asia, with executive responsibilities for all retail activities in the Middle East, Eastern Europe, CIS and Asia / Pacific.

“I am looking forward to serving in the role as Chairman of IAADFS,” said Riedi.  “This is an exciting time for the industry overall and the Americas region in particular, with so much potential for expanded growth and associated infrastructure development, and IAADFS will continue to play a pivotal role in protecting and serving the duty free and travel retail industry. Our sincere thanks go to Erasmo for doing such an excellent job as Chair, for devoting so much time and energy to the association, and for providing the leadership to move the organization forward.”

“We are fortunate to have Rene serve as Chair. He brings considerable expertise and knowledge of the industry to the role and will lead IAADFS during a time of change and continued challenges but also huge opportunity for the duty free and travel retail market,” stated Michael Payne, President and CEO of IAADFS.