Travel and air traffic is still down by record levels but select markets in the Americas are beginning to see signs of improvement that will hopefully flow over into 2021, according to the retailers participating in the webinar hosted by the International Association of Airport and Duty Free Stores in early December (TMI, issue vol. 21, no. 41).

Entitled Managing Through COVID: From Crisis to Recovery, the panel was led by Rene Riedi (Dufry) who is chairman of the Association, along with Jackie McDonagh (Aer Rianta), who discussed the situation in Canada faced by both airports and land border stores; Erasmo Orillac (Motta Internacional SA), presenting his observations on the airports in South and Central America where Motta operates; and Matthew Greenbaum (International Shoppes), speaking about his company’s experience in North America. Rene Riedi also discussed the current state of travel in the airports where Dufry runs the concessions in Latin America and the Caribbean, ranging from Mexico to Brazil and Argentina.

Canada: Focus on Service and communication more critical than ever

ARI’s Jackie McDonagh presented an update on the air travel situation in Canada, especially in Montreal, and also touched on the dire impact the coronavirus pandemic is having on the Canadian border stores, many of which are closed. Only border stores that service commercial traffic are open, and that volume is very low. And with varying travel restrictions in place across each of Canada’s 11 provinces, domestic travel is also restricted. 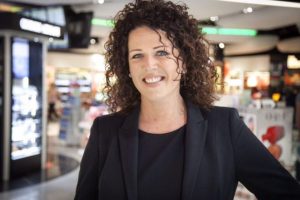 McDonagh reiterated and updated her thoughts she shared with TMI in the October magazine.

Aer Rianta International handles four international airports in North America—Montreal, Quebec City, Winnipeg and Halifax, as well as in Bridgetown, Barbados. The ARI duty free and transborder stores at Montréal Pierre Elliott Trudeau International Airport reopened on July 14, but are only doing about 13-14% of 2019 levels, although spend per passenger is up and many passengers are looking for more luxury items, she said.

McDonagh’s message boiled down to “treat customers like gold,” and she detailed seven key components that her stores will focus on for the future:

In response to a question regarding the possibility of Arrivals Duty Free in Canada, McDonagh noted that the proposal still needs to be presented to the Canada Border Services Agency, and if approved, then sent on to Parliament for further study.

As of the time of the presentation, McDonagh noted that the travel industry in Canada had received no Government support.

Matt Greenbaum, vice president at New York-based International Shoppes, is part of the third generation of the iconic two family-owned and operated company that will be celebrating its 70th year in business in Spring 2021. 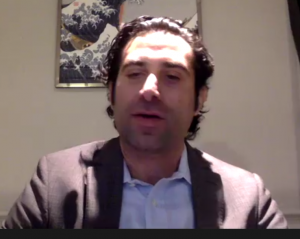 A pioneer in the U.S. duty free industry, International Shoppes operates in airports throughout the Northeast –in Boston, Baltimore, Hartford, Connecticut and at New York JFK — and last year won the duty free concession at Houston’s George Bush Intercontinental Airport in terminals A, B and D. IShoppes also serves the diplomatic communities in New York and Washington.

Greenbaum noted that working with his colleagues at IAADFS on the webinar was a good reminder that his company was not alone, but rather was having the same experiences and seeing the same opportunities as others across the region.

However, he warned that the damage to our industry from the pandemic “cannot be over-stated,” even as he concluded that there are some signs of optimism on the horizon.

Travel retail has had a shocking blow to revenue, said Greenbaum: “International Shoppes was not spared—we were hit early on and will probably feel the effects longer than most. When the outbreak started in China in December and January, we saw our sales and the flights that we were servicing tail off very quickly. It started for us in late 2019 and just got worse and worse. Then in March, the European flights were stopped,” he said.

Although almost all of the IShoppes stores had been closed early on, most are now open to some extent, with operations of each location impacted differently, even within different terminal at the same airport.

Greenbaum lauded how all stakeholders are working together during this crisis—from the airports to suppliers, as well as staff.

“We have had a lot of close coordination with and the support of most of our landlords and airport landlords on rent and flexibility of operating hours. This has allowed us to come up with some innovative staffing plans to assure that no resources are wasted and that we continue to service all international flights.” 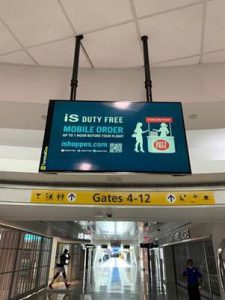 “We already had quite a robust pre-order service, but we put in more resources and brought more suppliers on to be featured.”

The operator also distributed personalized IShoppes PPE to the staff at the airport. “It is amazing to me how up beat and resilient our staff is,” he said.

Flights are still drastically below 2019 levels, but since summertime, the company has benefited from a relatively consistent flight schedule so they can anticipate staffing needs in each terminal.

“We had a bump [in traffic] this summer but we leveled off since. We are hoping for things to keep improving as the vaccine gets distributed.”

Greenbaum expressed his disappointment with the lack of government support the industry had received to that time. “The CARES Act did not provide for any explicit support for the airport, and the IAADFS has been working very hard lobbying to make sure that there is language that includes us in the next round of support,” he noted.

People seem to be willing to travel, and appear to feel safe getting on a plane, but Greenbaum sees the complicated and inconsistent regulations – quarantines and different restrictions from state to state and internationally—as a major challenge.

“There needs to be a better coordinated effort both in the U.S, and amongst governments,” he argues.

Air bridges, which could lead to shorter or no quarantines, is one solution he would like to see expanded. He would also like to see airlines and airports put more rapid onsite testing in place to reduce the need for quarantines.

Greenbaum has high praise for the level of support IShoppes has gotten from both suppliers and landlords during this crisis.

“Since March there really has been an environment of understanding. People realize that we have to all get through this together.”

Most airports in the U.S. have waived minimum concession fees through the end of the year, he said,

“We would like to see those commitments for abatement of rent be extended indefinitely. It is very hard to operate in an environment  where we don’t know if the airport is planning on instituting this minimum based rent. Those numbers would really change the way we operate.”

Greenbaum especially acknowledged the suppliers who “have been very creative and flexible in terms of how we are partnering together. They have been very patient with new orders, they have been receptive to taking back merchandise that is not sellable, they waived minimum requirements.”

In addition to financial support, suppliers came up with creative product launches and relevant promotions, he said.  “We need to take advantage of as many buying opportunities as possible.”

In the future, Greenbaum anticipates a change in purchasing patterns, including a more consolidated assortment especially with confection and seasonal items.

“It was very painful to watch confection goods expire and need to be tossed. I think we are going to be very careful to order right and turn our goods a little more frequently.

“This will call for a more efficient supply chain, quicker turns of inventory, and speedier and more frequent deliveries from suppliers, so retailers are not sitting on inventory,” he said.

In a positive development, IShoppes in seeing better consumer engagement at the store level, a situation that is being enhanced by the high caliber of their sales people.

“When customers come thorough we have time to engage with them. We have a concentration of sophisticated sales people, most are super-visors or brand ambassadors. They are very knowledgeable, and we are really seeing the value of having these more sophisticated sales people to generate more incremental business.  I think this is something we are going to continue and invest in,” he noted.

“Language is needed so that we can be flexible if and when the next event happens,” he said. “When the crisis started, we weren’t sure what our obligations were going to be. Going forward, we would like to have language included in our leases that speaks to how we would address these ‘acts of God’ events.

“Our expectation is that in the future, if there is an outbreak, airports and governments will probably be quicker to shut down and limit capacity and we want to know what our obligations will be if and when that does happen.”

As for now, Greenbaum optimistically lists several positive developments for recovery, including improved flight schedules, increased spend per passenger and customers shopping with enthusiasm, and greater efficiencies on the company level, coupled with stronger partnerships with suppliers.

“Everyone that survived to this point is an efficient operator. I think as business comes back we can look forward to being much more profitable again,” he said.

Greenbaum is also confident that the U.S. and the world will see an explosion in recreational travel once the vaccines are issued.

Between the pent-up demand and greater time flexibility people will have as many continue to work from home, he expects leisure travel to be very strong.