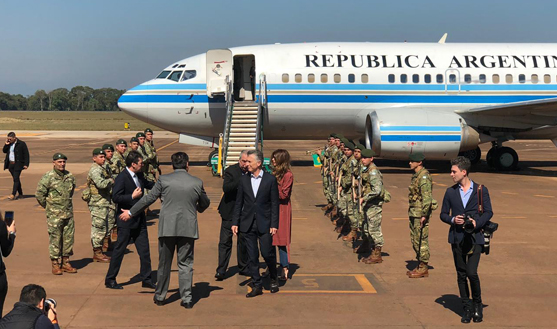 This is a milestone event for the airport, which in 2018 surpassed a million passengers in one year for the first time.

The airport is operated by Aeropuertos Argentina 2000, which is in the midst of a major expansion and remodeling of the passenger terminal. These works include expanding the parking lot, the reconstruction of the runway and taxiways, and adding to the new control tower, which was inaugurated in 2017. Last year the airport opened a new runway, which was completely rebuilt.