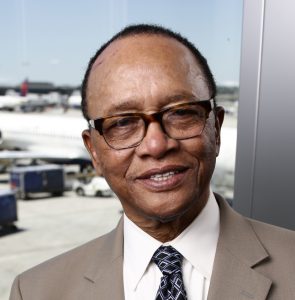 Johnson spent 34 years with the company, starting in 1985 overseeing CI’s concessions program at Los Angeles International Airport, where he was director of food and beverage.  During his career with CI he was promoted up the ranks and was most recently responsible for external communications for CI. This included community relations and all social responsibility outreach.

“CJ recently celebrated his 34th anniversary with Concessions International and was much more than a loyal employee,” said Donata Russel Ross, CEO of CI. “He was a dear friend, and a loving ‘brother from another mother’ to all who worked with him. He impacted our lives greatly and we, like you, will miss him dearly. He was one-of-a-kind and will never be replaced or forgotten.”

Johnson, a devoted member of the industry, was a former board member of the Georgia Hospitality & Travel Association, the Airport Minority Advisory Council (AMAC), and the Georgia Restaurant Association. He worked with the Westchester Chamber of Commerce, the Board of the Westchester YMCA and Kiwanis. He also guest lectured students at several universities about the hospitality industry and was a speaker and panelist at the National Restaurant Association’s “Salute to Excellence” Conference.

He leaves behind a son, Justin C. Johnson of Austin, TX. In lieu of flowers, his son has asked those who want to show support to kindly consider making a donation in his father’s name to First Tee of Metro Atlanta in memory of Charles “CJ” Johnson, as golf was his father’s favorite pastime.

Atlanta-based Concessions International, LLC, founded in 1979, is a dynamic food and beverage concessionaire with operations in eight airports.