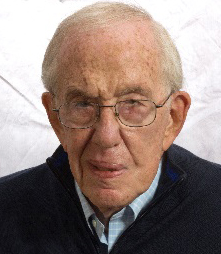 The Paradies Lagardère family is deeply saddened to announce that company co-founder James Paradies, 87, of Atlanta, Ga., passed away on Friday, December 22, 2017. Affectionately known throughout the organization as “Mr. Jimmy,” he partnered with his brother Dan Paradies to create The Paradies Shops, now Paradies Lagardère. The brothers were trail-blazers in what’s now known as the modern travel retail industry. Dan Paradies passed away in 2014.

An invitation from Atlanta Mayor Bill Hartsfield spurred the opening of a single toy and gift shop at the then-named Atlanta Municipal Airport. In 1960, Dan and Mr. Jimmy founded the new company, The Paradies Shops.

Today, Paradies Lagardère operates 850 stores and restaurants in 95 airports in the U.S., Canada, and the Caribbean, with more than 5,800 associates.

Mr. Jimmy was a constant presence at Paradies Lagardère’s headquarters in Atlanta. He was very personable and could often be found talking with members of the team about their families, in many cases asking about family members by name.

Mr. Jimmy was quite active in the Atlanta community, known for his service and philanthropic commitments to several great causes.

He also worked to help associates in need outside of the workplace. Mr. Jimmy established The Jim & Dan Paradies Emergency Assistance Fund, available to Paradies Lagardère associates who require additional assistance due to natural disasters and other emergencies.

Mr. Jimmy’s legacy and tremendous impact on the travel retail industry, as well as on those that knew him will long be felt, and he will be greatly missed by his family and friends.

TMI adds its condolences to those of the industry and sends our thoughts and prayers to Gregg Paradies and the entire Paradies family.