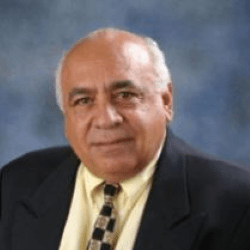 TMI is very sad to announce that Robert Hamaty, founder and owner of Tortuga Rum Company, passed away in a Miami hospital on June 13. He was 72.

A statement from the Tortuga company –which is based in the Cayman Islands – said that he passed away peacefully at the Miami Baptist Health Center.

A former airline pilot for Jamaica Airways and later for Cayman Airways, “Captain” Hamaty has been a leader in the Cayman Islands for decades.

The company became a major local and international success. The Tortuga rum cakes, especially, were a popular export from Cayman and were distributed throughout the world. The company also runs operations out of Jamaica, Barbados, the Bahamas, and Miami.

“Robby” Hamaty would often tell TMI how proud he was that the Tortuga rum cakes were the #1 export from Cayman. Tortuga celebrated its 35th anniversary last year.

In a statement in the Cayman Marl Road newsletter, the Hamaty family commented: “Captain Hamaty will be forever remembered for the tremendous impact he made on so many in the community in both his native Jamaica and his adopted home Cayman, where he has lived since 1978. His many notable accomplishments include being one of Air Jamaica’s first 12 commissioned pilots, his prominent position at Cayman Airways, his founding of the Cayman Airways Pilot’s Association, his establishment of the Tortuga Rum company, his role as a founding Director of the National Building Society of the Cayman Islands, and his extensive tenure as Honorary Jamaican Consul to the Cayman Islands. However, his most important roles were as husband, father, grandfather, brother and uncle. He will be greatly missed.

“Both the local and international outpouring of love and support is much appreciated and of deep comfort to us during this difficult time.”