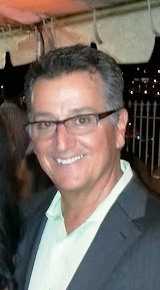 One of the Caribbean’s most experienced luxury retail jewelry executives, Jack Coote, has stepped down from his position of Vice President of Operations for Little Switzerland, where he was based in St. Thomas, US Virgin Islands.

Coote had announced his decision internally back in June of 2015, but agreed to stay on until the end of the year to ensure a smooth transition.

“I will always cherish my three years at Little Switzerland and that throughout my tenure, I’ve constantly been sustained by the brilliance and commitment of the people I’ve had the honor to work with,” he tells TMI.

Before joining Little Switzerland, Coote served for 19 years as Director to Stores for Colombian Emeralds International, where he was responsible for the management and direction of CEI’s store operations through-out the Caribbean. His in-depth knowledge of the duty free retail market helped him play a key role in growing the CEI brand to over 60 stores.

With a jewelry career in Store Operations spanning 41 years, Coote also served as Director of Stores for Bailey Banks and Biddle in the Washington, DC/Maryland and Virginia region. He also spent 20 years with Zale.

Coote and his wife Debbie moved back to South Florida to be near family.

Coote will be resuming leadership of Retail Jewelry Consultants, LLC, a consultancy firm that he formed in October 2012 just prior to joining Little Switzerland.

RJC’s mission is to “help our retail clients make clear, distinguishing, and sustainable improvements in their operations that lead to profitable growth and competitiveness,” says Coote.

To contact Coote call 954-401-4081, or e-mail him at jack.coote@gurucaribe.com. Coote is located in Deerfield Beach, FL.

For more information go to www.retailjewelryconsultants.