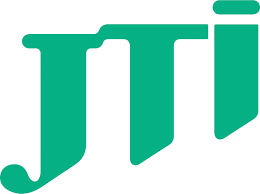 JTI’s excellence in people practices throughout the world has been recognized as the company was awarded a Global Top Employer for the fifth consecutive year last month, one of only 14 companies to reach that level. The company was also awarded regional certifications in Asia Pacific, Europe, North America, Africa and the Middle East.

In the Americas, JTI won recognition in both North and South America. In the North, JTI received the 2019 Top Employer certification by the Top Employer Institute for the second consecutive year.

Brazil, Canada and Mexico were certified as Top Employer for the second year in a row, while the USA received the award for the third and fourth times, in both the office and factory operations, respectively.

The North America region, Brazil and the USA reached the Number 3 position in the ranking.

“Since 2016, JTI’s excellent Human Resources practices have been instrumental in the expansion of our footprint in the Americas, and it makes me proud to see how our best practices have enabled quality growth in the markets where we operate,” said Marchant Kuys, JTI’s Regional President of the Americas Region.

The Top Employer Institute is one of the global authorities on recognizing excellence in people practices. Organizations certified as Top Employers dedicate themselves to providing the very best working environment for employees through their progressive ‘people-first’ HR practices.