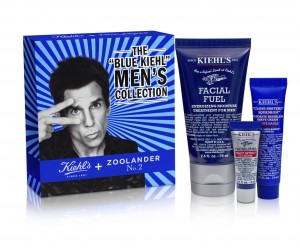 Kiehl’s since 1851 has tapped into the zeitgeist of the zany Zoolander film, teaming up with the film’s star Derek Zoolander to combat aging worldwide and help keep the public “ridiculously good looking.”

Both sets will feature a selection of iconic Kiehl’s products.

During February and March, Derek Zoolander will be staged alongside Mr. Bones in select Travel Retail locations.

Traveling customers will be invited to take selfies with the “almost real” film’s star.