LaGuardia Airport opened the first seven gates of the Western Concourse of the new state-of-the-art Terminal B on August 5.

When fully complete, it will be the home for American Airlines’ LaGuardia operation.

The new 218,000sqf concourse will open in two phases. In this first phase, seven of 17 gates will open, along with the Gotham News newsstand and a portion of the concourse’s park, featuring greenery and benches. The concourse features natural light and soaring, 55-foot-high ceilings.

The Western Concourse features two pieces of New York City – inspired artwork, including The Big Apple, a sculpture by Romero Britto that he gifted to American Airlines for display at LaGuardia in 2006. The artist restored the piece and it is now back in Terminal B. 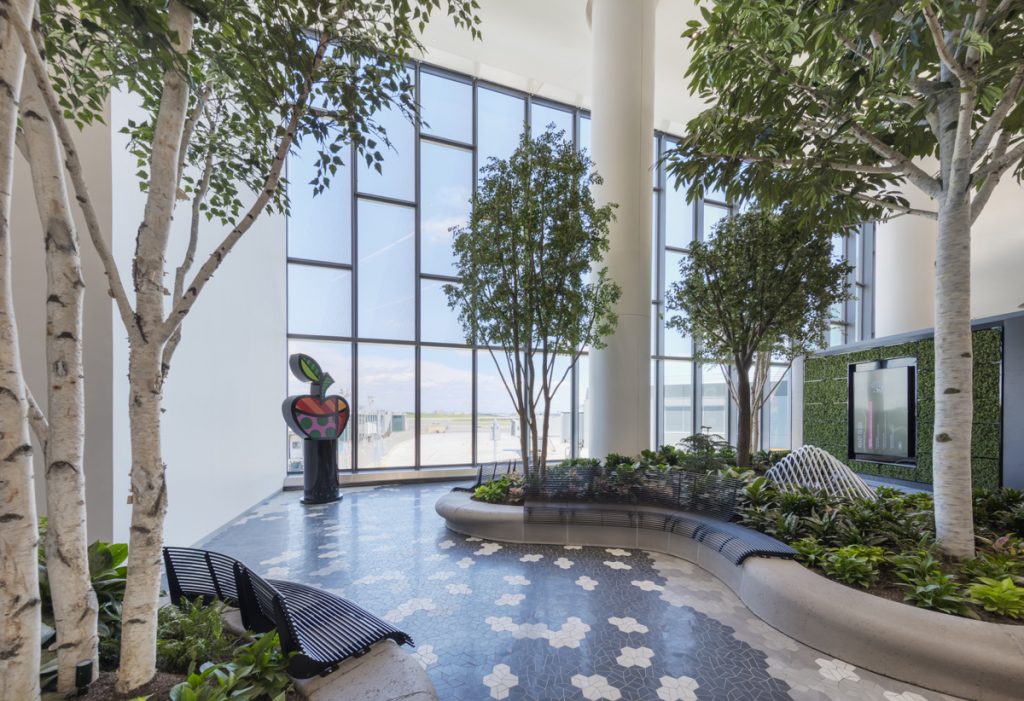 The second piece is A Queens Tribute by Meres One, by Jonathan Cohen, or Meres One for his nom de plume.

The piece is a visual postcard from Queens, New York. It has been installed on the wall of Gotham News by shop operator Marshall Retail Group, and is designed to be seen from aircraft as they arrive to the gates.

The final phase of the Western Concourse is scheduled to open by early 2022.

With a construction value of $4B, the 1.3 million square foot Terminal B project is one of the largest public-private partnerships in American history and the largest in U.S. aviation. 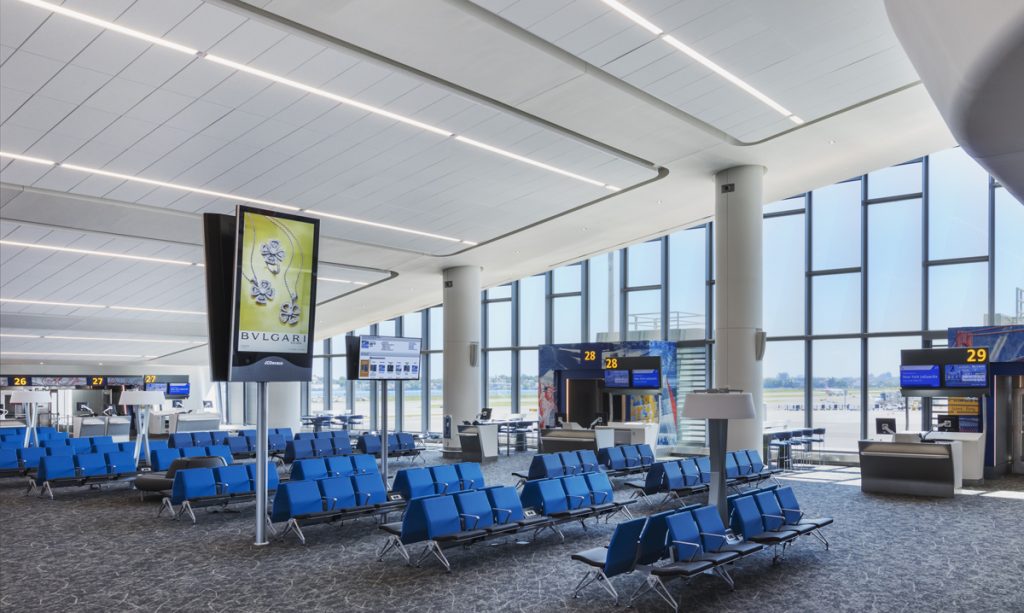 The Terminal B redevelopment includes a new 35-gate terminal, a parking garage, and a Central Hall, which will connect to Terminal C, which is also being redeveloped.

The airport redevelopment is a joint project of LaGuardia Gateway Partners (LGP), the Port Authority of New York and New Jersey, plus private partners.