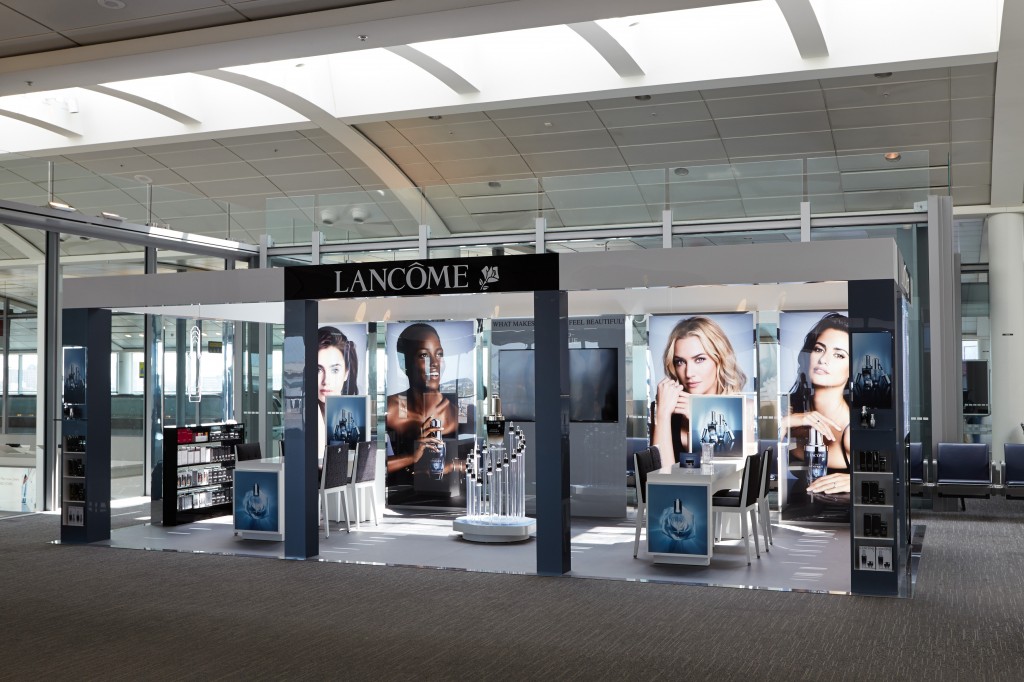 Beauty giant Lancôme has united four of its famed ambassadresses in a single advertising campaign for the first time for its star skincare serum, Advanced Génifique.

Introduced in 2009, Génifique radiance treatment was the first serum inspired by the field of gene science, and was an immediate success around the world. Since it was launched, the serum has sold 15 million bottles and garnered 150 international awards. Lancôme’s iconic treatment became Advanced Génifique in 2013 with an optimised formula and development of a self-loading dropper.

Advanced Génifique Youth Activating Concentrate has become one of the emblems of Lancôme, which it describes as “a must-have product for women all over the world, no matter what their skin type or age.”

Lancôme’s use of four of its famous actress ambassadresses – Kate Winslet, Penelope Cruz, Lupita Nyong’o and Lily Collins — captures the cross-generational aspect and universality of the beauty product.

Each of the four actresses embodies a facet of the beauty offer and represents Advanced Génifique’s youthful aura in her own way and with her own personality.

Because beauty by Lancôme is the beauty of being yourself, the company says that each Lancôme ambassadress was selected for her unique beauty, which comes from deep within. The women who incarnate Lancôme are true role models who have a firm foothold in their time, are calmly confident, and always active in a cause to better the world.

The four Lancôme All Stars in the Advanced Génifique campaign were featured in a stunning customized 45 square meter podium in Toronto Pearson International Airport Terminal 1 in June.

“The whole Lancôme team has accelerated implementing a clustered vision based on passenger mix and needs,” explains Gianguido Bianco, who has led the Lancôme Division for Travel Retail Americas (TRAM) since September 2014.

“The breathtaking Génifique All Stars podium installed last June at Toronto airport was a concrete example of this strategy. This investment not only applauded Génifique’s worldwide success, it also capitalized on the recognition of this highly demanded ‘Little Black Bottle’ amongst our Asian passengers,” he tells TMI.

Toronto airport handles 24 million passengers a year, with a high percentage of Chinese travelers, a key consumer of Génifique.

The podium objective focused on generating a strong Lancôme brand awareness through a unique 360° Retail Experience. “We created impactful staging, coupled with the right assortment, flawless service and enchanting storytelling. Our intention was to offer our customers a true beauty experience and a moment to remember,” said Bianco.

All four ambassadresses were prominently featured in giant front and back lightboxes, with the Génifique serum glorified in the center of the podium. A huge screen presented the product messages, and the podium included displays of makeup and fragrance best-sellers, with space for stock and a mobile cash register for fast check-out.

Specially trained BAs provided a strong customer dynamic, and linked the selling of the featured Advanced Génifique with other Lancôme makeup and fragrances. There was also a special repush on Génifique Light-Pearl through a double- packshot visual.

“What we refer to as ‘retailtainment which sells’ generated results we are very proud to share. During the month of the animation, Génifique grew at +80%, and the brand overall was 20 points ahead of the department,” says Bianco.

“Lancôme draws its strength from constantly anticipating and fulfilling every woman’s needs. The driving force behind the brand is to make a difference in women’s lives: this is well evidenced by Lancôme’s number one position in the 2014 Travel Retail Generation panel,” says the company.

In the Americas, Bianco says that he and his team aim to grow this status by “leveraging on categories and products that are relevant to specific customers: Asian doors in the North suggest a holistic focus on cosmetics, fulfilling the demand for expert state-of-the-art skincare, whereas our South American doors continue the development of the Fragrance business, driven by our top 3 feminine La vie est belle.”

Lancôme plans to continue being one of the most influential and coveted brands on the market; positioned as “the ultimate example of French femininity and excellence.”