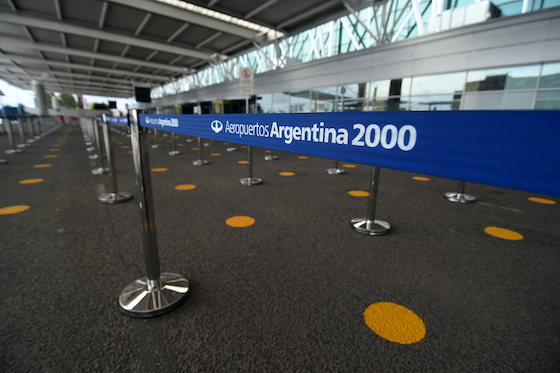 The COVID-19 pandemic arrived in Latin America at the end of February this year. Initially, cases were few and far between and the speedy introduction of lockdowns and border closings by most governments helped control the spread of the virus.

Not surprisingly, the pandemic has severely damaged the economies of all Latin American countries with no clear indication on what lies ahead.

A strong Brazilian economy is essential for the health of the whole travel retail business not only in Brazil but throughout the continent. With consumer spending and business investment reduced to the minimum, COVID-19 ensured that the Brazilian economy shrank in the second quarter. Economists are predicting a 6% contraction for the full year; but suggesting that the economy could grow by 3.6% in 2021. The next three months will determine the accuracy of these predictions.

Meanwhile, the Brazilian Real has slipped to 5.6 to the USD, but constant variations in value from 5.3 to 5.9 has further depressed duty free spending, especially in border stores. 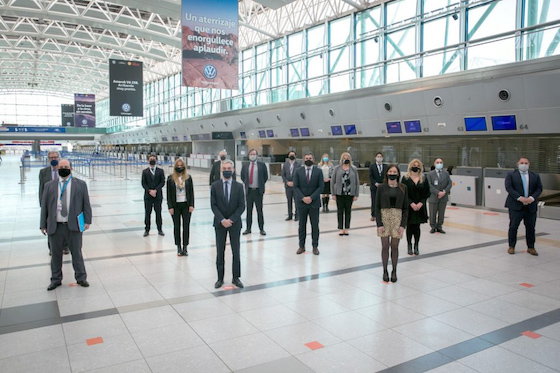 The management of Ezeiza International Airport are set to reopen under the new
health and safety protocols.

Argentina narrowly avoided an overseas debt default in the second quarter of 2020, after the government was able to secure a last-minute agreement with international bondholders. Experts expect the economy to shrink between 11 and 12% this year as the pandemic bites on top of an already depressed economy. They are predicting a 5% expansion in 2021, however.

The Argentine Peso has been remarkably stable at around 76/78 to the U.S. Dollar, but the black-market dollar has drifted close to 140, as the government tries to prevent Argentine residents and companies from gaining access to the official FX market; foreign reserves continue to be scarce, pushing black-market demand higher. However, as the Argentine government continues to postpone measures to reactivate the economy, some observers believe that next year’s recovery will be weaker than predicted.

The travel retail business throughout the continent was devastated as soon as airlines stopped flying and airports closed down when governments sought to impede the spread of the virus. Land borders were also shut and duty free shops and low tax shops in Brazil, Argentina, Uruguay and Paraguay were forced to close. Some stores have reopened in Brazil and Uruguay but with reduced hours and few customers; shoppers are almost exclusively from sister towns just across the border.

Is there light at the end of the tunnel? A positive sign is that in just under a month Sao Paulo – Guarulhos has established a solid program of international flights to Europe and North America and in October regional destinations to Panama, Peru, Colombia and Chile will be added. Although there is no official confirmation, Buenos Aires Ezeiza will increase operations from the current limited number of special flights to a reduced scheduled service with Madrid, Paris and London as the lead destinations in Europe and Miami in North America. Santiago de Chile restarted international flights in September and the program is expected to increase from now until the end of the year. Peru and Colombia have also confirmed that international services will recommence in October.

It would seem that with domestic flying increasing in most countries (Argentina has still to make a decision), the fourth quarter will see a substantial recovery in airport passenger numbers. Travel retail operators will see a benefit but in many cases of reduced salaries and almost nonexistent savings, it is hard to predict the amount of disposable income that will be allocated by travelers to retail stores in airports, ferries and on the borders.

There are still too many variables that are unclear. Will there be a Southern Hemisphere high summer season this year? Will there be sustainable demand for air travel? Will low-cost airlines play a part in the recovery? Norwegian Argentina has closed, FlyBondi has financial problems and only JetSmart and Azul look to be in a position to offer an attractive program to travelers.

Latam Argentina will not operate and it is still unclear how the other constituent parts of the Latam Group will perform.

Clearly, there are signs that things will improve but maybe more slowly than we all desire.