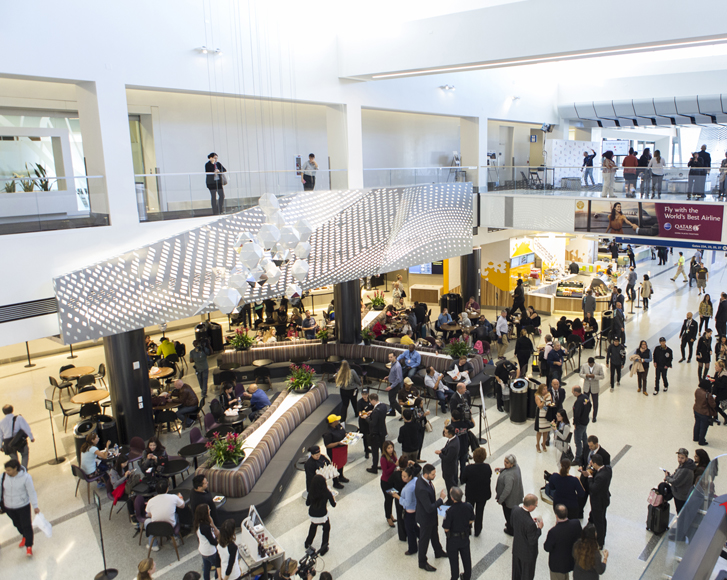 Los Angeles World Airport (LAWA) announced this week the completion of the latest large-scale improvement project at LAX — a $332 million overhaul of Terminal 2.

The Terminal 2 project is part of LAX’s $8.5 billion modernization program, which includes renovations to nearly every terminal at the airport.

Terminal 2 is the second-busiest international terminal at LAX, serving 4.1 million international passengers and more than one million domestic passengers last year. The improvement program includes major upgrades to the ticket lobby, baggage screening and claim areas, and concourse areas that serve the terminal, as well as the new retail and dining areas.

The 20-month redevelopment at Terminal 2 was its first upgrade in nearly 30 years, with the entire process

completed while keeping the 24-hour terminal open, maintaining customer service and flight operations. In addition to improvements to the pre-security area of the terminal, the project adds 16 new retail and dining brands to the concourse’s hospitality offerings.

Last year, 74.9 million passengers passed through the airport, more than any other time in its history.

A key part of LAX’s Terminal 2 renovations was the transformation of nearly 76,000 square feet of dining, retail and common area by Westfield, which invested $78.3 million  in the project. The upgrade – which includes more than 15,000 square feet of new dining and retail — brings together a vibrant design, local restaurants and signature retail, creating a more holistic customer journey.

The new Terminal 2 projects $41 million in annual sales – a 34% increase. The number of permanent employees in the terminal is projected to increase by 76%. 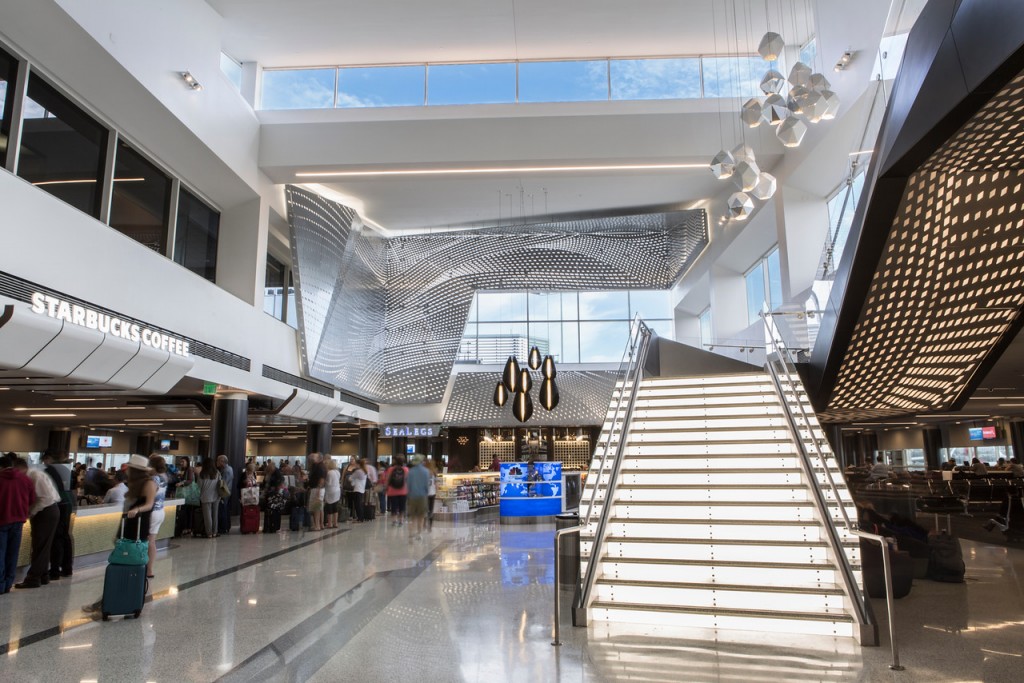 “They wanted more than a concessions refresh – they wanted to truly transform the entire customer journey at Terminal 2 from the moment you clear security. Thanks to our long-term partnership and collaboration with all the stakeholders, everybody wins – the city of Los Angeles, the airport, the airlines and the customers.”

Westfield designed and managed common area improvements, from the floor to the ceiling, and relocated and redesigned an uninspiring, inefficient staircase to become the exciting focal point of the terminal and activated new revenue-generating space.

The 20-month redevelopment at Terminal 2 was the terminal’s first upgrade in nearly 30 years. 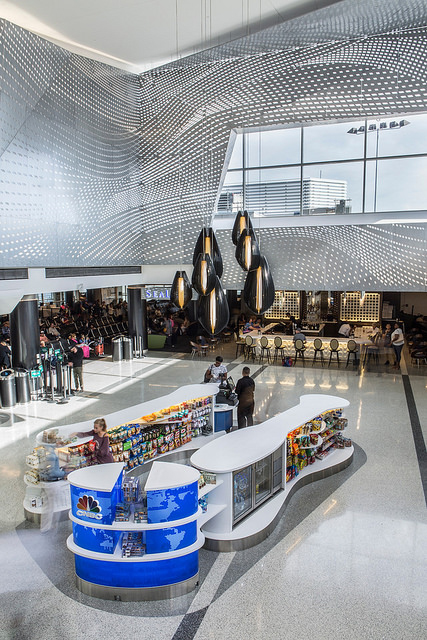 Westfield’s construction team managed hundreds of projects to keep the 24-hour terminal open, maintaining customer service and flight operations during the process. The terrazzo floor, for example, took 10 months and 15 phases to complete all on its own.

The terminal design was inspired by “L.A. in Motion,” which captures the energy and on-the-go attitude of Los Angeles. Three distinct shopping and dining districts are highlighted by a grand staircase that offers customers a luxurious but efficient travel experience.

The new customer journey begins in the Commercial Hub, a retail and duty free shopping district. Customers then flow into the Dining Terrace, which has been infused with local flavor and a design that offers a bright, inviting experience. From there, customers enter The Strand, a dining and shopping district that features the grand staircase and a luxurious bar with shimmering chandeliers.

“Fresh facilities with more seating, new services, and expanded dining and shopping experiences for today’s travelers are part of our $332 million investment in Terminal 2,” said Los Angeles World Airports CEO Deborah Flint. “We applaud Westfield’s partnership with LAWA, their investment in Terminal 2 at LAX, and their commitment to developing an experience that truly caters to the modern traveler.”

Westfield curated a dining collection that represents Los Angeles, including a high-end bar that sells wine from countries serviced by Terminal 2.

The new dining and retail collection features 16 new concepts, seven Southern California brands, 11 brands new to LAX and six brands that have never been in an airport before.

The new DFS duty free is a major highlight of the renovated Terminal 2. 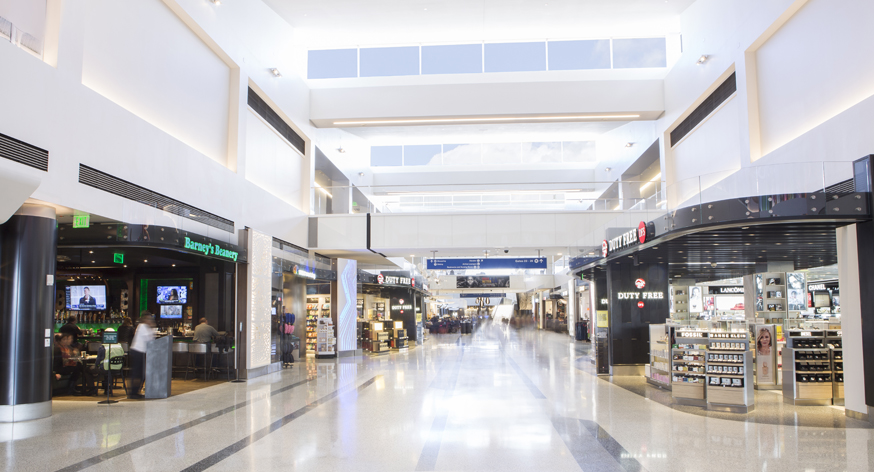 The new Commercial Hub at LAX Terminal 2, anchored by DFS.

Westfield is also transforming the passenger experience at LAX Terminals 1, 3, 6 and Tom Bradley International Terminal, which opened in 2013.

With a unique approach to each terminal, no two are alike.

Westfield has invested more than $184 million at the airport to transform the customer experience. The company projects that the overhaul will earn $464.8m in sales in the first four years.