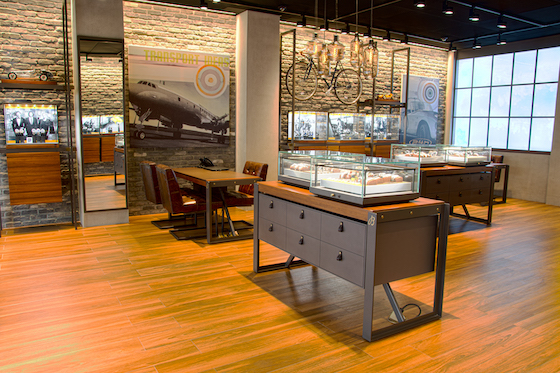 The new Breitling Boutique opened by Little Switzerland in Philipsberg, St. Maarten is the first of the new concept stores for the brand in the Caribbean.

Little Switzerland, one of the most important luxury retailers in the Caribbean, is expanding its footprint in the region with several new branded boutiques for Breitling and TAG Heuer, as well as a Patek Philippe Showroom in St. Thomas.

As the largest authorized retailer of luxury timepieces in the Caribbean, the company recently opened a new TAG Heuer Boutique at the upscale Renaissance Mall in Oranjestad, Aruba. The free-standing shop offers a bold, contemporary design, and holds more than 200 watches – the largest collection of TAG Heuer timepieces in Aruba. The watches include an extensive range of their most popular models such as Carrera, Formula 1, Aquaracer, Monaco and Autavia, along with a selection of special editions available only in the TAG Heuer Boutique.

“TAG Heuer’s decision to partner with Little Switzerland and open their new Aruba Boutique is evidence of both companies’ commitment not only to their mutually successful relationship but also to the success of the Aruba market,” says Hal Tayler, CEO of Little Switzerland.

In addition to the new boutique in Aruba, Little Switzerland also operates a second TAG Heuer Boutique on St. Thomas in the US Virgin Islands. 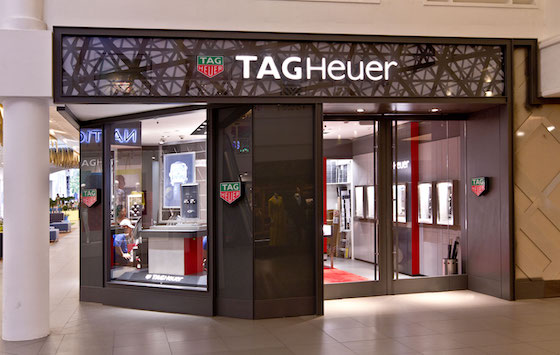 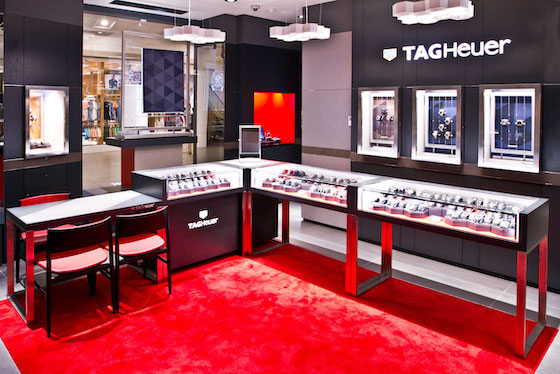 For more than a year, Breitling has been introducing its urban loft boutique concept and the reception has been enthusiastic, reports the company. Each boutique offers its customers a casual but stylish modern retro ambience that allows visitors to explore the brand’s watches in a relaxed, unhurried atmosphere. In this newly designed “loft” atmosphere, the Breitling yellow will still be prominent alongside dark brown and beige wood floors and finishings, and there will be props and features that highlight the various themes of air, land and sea.

“Breitling’s decision to partner with Little Switzerland and open their first new concept Boutique in the Caribbean is further evidence of … the recovery and success of the St. Maarten market following Hurricane Irma,” commented Tayler.

Little Switzerland is the largest authorized retailer of Breitling timepieces in the Caribbean and North America. 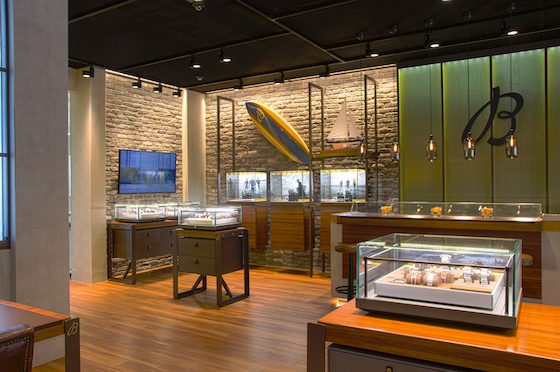 Little Switzerland is also celebrating the one year anniversary of the opening of the Patek Philippe Showroom on Main Street in downtown St. Thomas, which offers a wide and varied selection of Patek Philippe timepieces.

Coming up, the company will undertake other renovations and installations in a number of their stores later in the fall.

“We are continuously rolling out upgrades in order to keep every store looking as good as it can look. We do this to ensure that visiting Little Switzerland is the most enjoyable experience for our customers, not only from the appearance perspective but also from the people perspective—we invest heavily in both staff training and service delivery,” Adam Leavitt, Little Switzerland Vice President of Marketing, tells TMI. 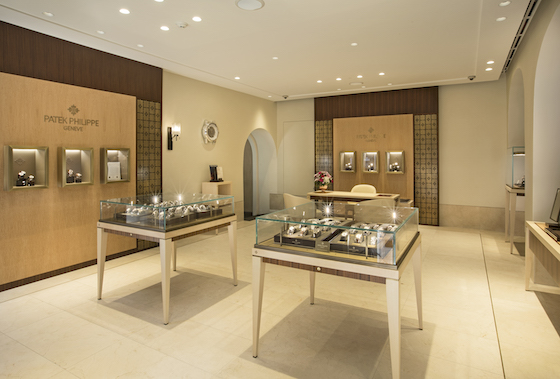 Little Switzerland is celebrating the one year anniversary of the opening of the Patek Philippe showroom on Main Street in downtown St. Thomas.

In general, business in St. Thomas is picking up following the devastation of two back-to-back hurricanes in 2017.

“While the summer season is generally slower, the island is coming back. It’s not quite two years since the hurricanes, and the cruise ships are all here and the hotels are starting to come back online,” notes Leavitt.

The company suffered more physical damage in the St. Maarten store than in St. Thomas, and several of the stores located in hotels – like Frenchman’s Reef and the Ritz Carlton which have yet to reopen – are obviously still closed. But overall, most impact was limited to water damage, along with cosmetic damage to the store located on the pier in Tortola.

“Look at St. Thomas, particularly downtown. These buildings have been here since the 1500s with five-foot thick stone walls. Physically they withstood the brunt of the storms, although we did have flooding,” he said.

In St. Maarten, Leavitt confirms that the main terminal of the damaged airport is still under reconstruction, but that the airport in St. Thomas is pretty much back to normal. “The restaurant in the departures lounge has re-opened, flights are packed and while the two major hotels are still not open, business at the guest houses and Air BnB is through the roof.”

The cruise lines did a particularly good job in helping the islands to come back, he said, and in St. Thomas and St. Maarten, cruise ship passengers account for a huge part of the business.

“St. Thomas also has a new governor, Albert Bryan, and the new head of tourism, Joe Boschulte, is the former head of West Indian Company Limited (WICO) and he understands the symbiotic relationship between travel, tourism and retail so we have faith that he will address things that need to be addressed. There’s still a lot to be done, however the feeling is generally pretty positive all around,” he concludes.