One on One with Hal Tayler, CEO of Little Switzerland

While Little Switzerland and Starboard announced their groundbreaking partnership this past September, the two industry leaders had begun testing the concept before the pandemic, said Hal Tayler, Chief Executive Officer of Caribbean luxury retailer Little Switzerland.

Tayler told TMI that Little Switzerland is working with Starboard since the two companies share many of the same values as well as their approach to customer service.

“The test was really successful and we were supposed to do this rollout in March 2020, but then COVID came and shut everything down,” said Tayler.

Using the leverage and credibility of the highly respected Little Switzerland name, the company created an in-house brand that it has been distributing through its own stores across the Caribbean for the past three years. But now, the company says that the time is right to expand this brand to the cruise ships and other potential duty free distributors.

“First and foremost, any future partners will have to share the same retailing philosophy as Little Switzerland—as does Starboard,” he emphasized.

The owner of Little Switzerland’s affiliated company began researching lab-grown diamonds 5-6 years ago. After a few years of intense testing, the company developed its own proprietary growing methods beyond the base technology everyone else was using; and three years ago they reached the point where they could begin producing and selling consistent lab-grown diamonds.

Tayler explains: “The process calls for growing a rough diamond in a machine that creates heat and pressure, just like nature does. After you harvest the rough diamond from the machine, you still have to send it out to be cut and polished, just like we do with diamonds that are grown in the ground.

“As we moved forward, we have been able to refine the process to increase the yield and our control of the rough diamonds. In the early days, we weren’t so sure what we would end up with, in terms of clarity, color and quality. Now we are at the point where we can control that to a much higher standard.”

Tayler reports that in addition to growing white diamonds, Little Switzerland is specializing in growing blue, yellow and pink diamonds as well.

“We use a proprietary method that delivers consistency in color. And unlike many other ‘color enhanced’ gemstones on the market, we do not treat these stones with heat or a coating process. Our stones are injected with the same natural gases that occur in nature, and these gases are injected into the growing chamber during the creation of the stones. If you were to cut one of our colored diamonds in half, the color saturation would be consistent throughout the stone, rather than just on the surface or heat treated,” he says.

Lab-grown diamonds are gaining a reputation for their brilliance and sparkle, as well as for value.

“One of the largest online sources for diamonds and engagement rings, Helzberg.com, is now highlighting lab-grown diamonds over natural diamonds on its homepage. They compare what you get for your money, from quality to brilliance, saying you get twice as much with a lab-grown stone,” says Tayler.

“Because the cost of producing the lab-grown rough diamonds is less than mining the natural in-ground stone, we strive to cut the stone to perfection, which is where the brilliance comes from. This cut is the first thing you notice with our lab-grown diamonds—all the jewelry is so brilliant. We are selling these with the emphasis on quality as well as the weight of the stone,” he explains.

On top of the quality of the stones, Tayler says that the timing of this project is perfect, as so many shoppers are looking for products that are more socially and environmentally conscious than in the past.

“This is especially true of the millennials, many of whom choose to spend their money with companies that reflect this philosophy. Lab-grown diamonds check these boxes. Their provenance is unquestionable. While we do need a lot of electricity to grow diamonds, it is much more acceptable than strip mining, water waste and worse.”

The value aspect is also undeniable. “Everybody comes in with a budget, but when we show them a lab-grown diamond they see they can get twice as much for the same price as they would have gotten in the natural,” says Tayler.

“In my 30 years in the industry, I have never seen a trend as big as this,” he stresses.

A Diamond is a Diamond 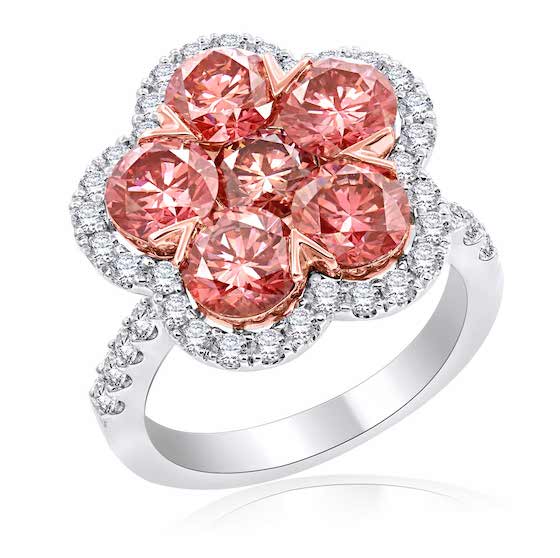 “The natural diamond industry was fighting this heavily, but the FTC rule stands, as long as we disclose that the diamonds are lab-grown,” said Tayler. “From that point forward, the trend has just blown up. When we launched, we thought our biggest challenge would be to educate the consumer. But because of that ruling, we rarely come across customers who do not know what it is.” 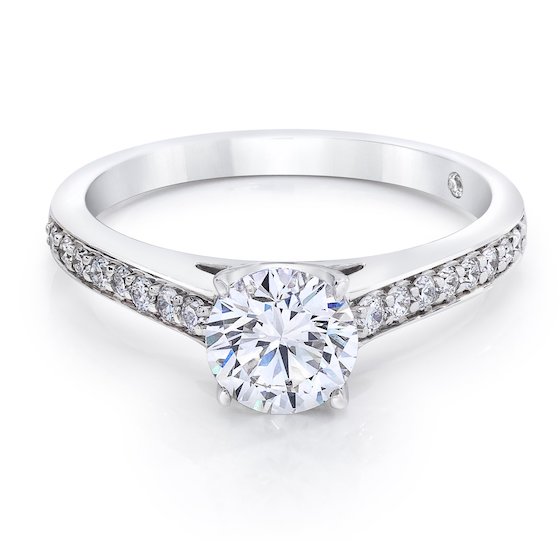 The Engrace Diamonds by Little Switzerland are produced in a U.S.-based factory owned by an affiliated company of the U.S. Virgin Island-based retailer.

“We can say that any finished diamond over 0.08 carats is grown in the USA. Since the majority of our customers we deal with are from the U.S. this is another plus, plus,” says Tayler.

“Another advantage is that Little Switzerland is a retailer, and we think of collections and assortments and how it all fits together. This is what we bring to the consumer. We have assortments that have been proven in retail environments – in duty free retail environments. I know how it works together and what sells,” he says.

“Our core business has been working with brands for more than 60 years, and will continue to be so. This new brand will enable us to expand further,” explains Tayler.

“With Engrace, Little Switzerland is branding the jewelry made with our proprietary Engrace diamonds. We think the Little Switzerland name means something. We only sell the collections in gold, 14 karat and up, and we only sell diamonds in SI to VS quality, as high as color you can go but no lower than I or J ( although lab-grown diamonds look brighter).

As of the beginning of October, Tayler confirms that Engrace by Little Switzerland is currently onboard four ships handled by Starboard, with three more ships being shipped product before the end of November. Tayler anticipates being onboard nine ships in total before the end of the year with plans to roll out to a large portion of the fleet over the next couple of years.

Little Switzerland is the largest luxury jeweler in the Caribbean and currently has more than 20 Little Switzerland stores and branded boutiques on the islands of Aruba, Barbados, Dominican Republic, Nassau, St. John, St. Thomas and Tortola. For more information about Engrace Diamonds by Little Switzerland, please contact Jamal Charles, Director of Operations – Engrace, at jcharles@littleswitzerland.com