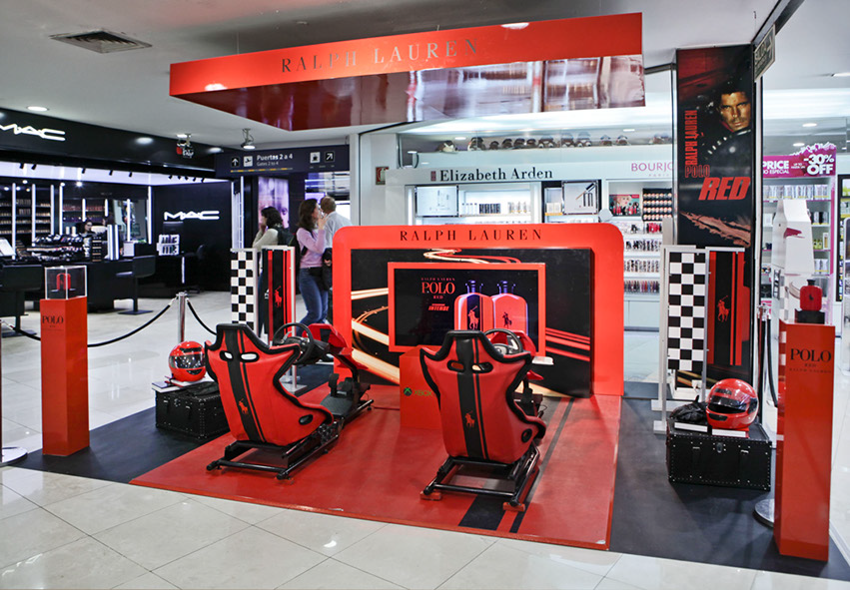 Passengers at participating airports waited in line to experience the Forza motorsport 5 Xbox racing video game at the Polo Red promotion, shown above in Ezeiza International Airport in Buenos Aires.

Since its launch in 2013, Polo Red has been a tremendous success in the Travel Retail Americas market, especially in LATAM which represents 80% of Polo Red sellout. Polo Red is now the best- selling fragrance of the entire Ralph Lauren Fragrances portfolio (Men and Women combined), reports the company.

The animation – which included an exciting POS retailtainment experience combined with a digital sweepstake to win a trip for a Lamborghini experience in Palm Beach, Florida – was designed to further support the brand by creating engagement and awareness around Polo Red and the newly launched Polo Red Intense.

The international mega event took place Sept. 1-30 in Dufry’s biggest doors in Brazil, Argentina, the U.S. (Newark) and Mexico City Airports. The animation featured a major media digital campaign which supported the operation by creating drive to store and call to action.

At the Point of Sale, Polo Red’s eye- catching retailtainment animation featured the Xbox Forza motorsport 5 racing video game. This unique consumer experience connected the traveler with the Ralph Lauren brand and then followed up with a promotion to get a free Polo Red 30ml with the purchase of two Ralph Lauren Fragrances including 1 Polo Red Intense. Passengers could also participate in a sweep- stakes to win the Lamborghini Esperianza driving experience.

The sweepstakes was designed to leverage the popularity of the race track driving experience to recruit new customers in the target audience. 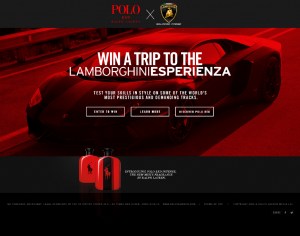 The Polo Red contest was hosted at www.polored.com, the first ever website produced and operated by L’Oréal’s TRAM.

The multi-country sweepstakes offered three lucky Dufry passengers the chance to win a trip to the Lamborghini Esperianza on one of the world’s most prestigious race tracks. The contest was hosted at www.polored.com, the first website produced and operated by Parbel’s TRAM. Designed to accommodate every digital device, the website allowed the company to target travelers at each step of their journey.

Using YouTube, Facebook, and Wi-Fi in the airport with pop-up ads on digital devices, the campaign was designed to raise awareness and create engagement across the entire travel experience, as well as collect comprehensive data on this key target customer.

“Following our customers will be a long-term strategy to help us build a fan base,” explained Dardayrol-Sandevoir.