The development of low cost airlines in the Latin American aviation market has been a bit of a mixed bag.  Brazilian airline Gol started operations in 2001 shortly after the expansion of the low cost model in North America and Europe in the late nineties. Many predicted a healthy future for low cost carriers in the continent. However, with the exceptions of Brazil and Mexico, growth has been non-existent. But in the past two years the market situation has started to change significantly as international investment funds and some carriers from USA and Europe look to invest in what many see as a huge market waiting to be developed.

Despite the troubled Brazilian economy, Gol remains a strong player and commands a 50% market share in domestic aviation. And although the boom bust economy has tested the company’s shareholders, the airline has grown its international activities to include Argentina, Chile, Uruguay and Paraguay.

Services to the US are scheduled to recommence late in 2018. Gol has been joined in the low-cost segment by AZUL, controlled by JetBlue founder David Neeleman, and they have been slowly building market share using less popular airports and lower density routes. Azul has gradually started to grow internationally and in the last two years has started flying to the US, Argentina and Uruguay as well as buying a majority shareholding in TAP, the Portuguese flag carrier. In addition, a code share with French low-cost carrier Aigle Azul brought AZUL its first service to France from Viracopos last month.

In recent years, Colombia and Peru have also seen growth in the low-cost segment. JetBlue and Spirit fly to both countries from the US;  local brands Viva Air, Easy Fly and Wingo (owned by Copa) operate in Colombia; Peruvian, Sky, Viva Air and Jet Smart serve Peru. As Chilean airlines Sky and Jet Smart gear up operations in Peru, the industry could see strong double-digit growth in domestic and regional flights with only airport capacity dampening even higher growth.

Mexico is the country where the largest number of local low-cost carriers have set up operations to compete against the US low cost airlines. Viva Aerobus, Volaris and Interjet have grown considerably over the last few years following the demise of Mexicana and compete aggressively with legacy flag carrier Aeromexico, especially in the domestic market. Interestingly, when restrictions on the US – Mexico aviation market were removed in 2016, all three added services and routes and international expansion has been one of the growth drivers.

Chile, the most stable economy in the southern part of the continent, has been a late starter. But Sky Airlines rebranded as a low-cost carrier in 2017 and has grown quickly, adding international services to Lima, Montevideo and Buenos Aires. Startup airline JetSmart owned by US investment fund Indigo Partners (the owner of US-based Frontier and Mexican Volaris), commenced operations in the Chilean domestic market with three Airbus A320s in late 2017.  JetSmart intends to start international services in Q4 of 2018 when new aircraft arrive; and with the support of a 12% market share in Chile international expansion will initially focus on Peru and Argentina.

Since the Macri government took office In Argentina two and a half years ago, the administration has been looking to increase the number of airlines and passengers flying in Argentina. The transport authorities touted the Revolution of the Skies and gradually more operators have started operations. Development has been slower than expected – however in recent months some airlines have expanded operations. With the very recent confirmation of the government’s decision to abolish minimum pricing from mid-July, there is renewed optimism that more airline investment will happen in Q4 of this year and the first few months of 2019.

Startup carrier Flybondi has slowly built up a 5% market share in domestic flights and has established bases in Cordoba and in El Palomar, a former military base, that has now become the third Buenos Aires airport. By the end of the year, the company hopes to add another 5 planes to its current fleet of 5 aircraft and with 10 aircraft hopes to begin international operations. Santiago, Rio de Janeiro, Sao Paulo, Montevideo, Punta del Este and Asuncion would be likely destinations, with service from both El Palomar and Cordoba.

Norwegian Air Argentina should finally commence operations in the fourth quarter of the year. The company says that the delayed start was due to aircraft earmarked for Argentina requisitioned by European subsidiaries to meet demand in the busy European summer market. Norwegian Air UK already operates a 4-times weekly service to Ezeiza from London Gatwick and this has been so successful that the company plans to increase frequency to seven per week before the end of the year. The Argentine subsidiary has presented a very ambitious domestic and international program with the staged incorporation of 60 B737 and B787 aircraft over the next five years.

A combination of a possible slowdown in the Argentina aviation market and the delicate financial health of the Norwegian parent company may further delay the commencement of operations and lead to fewer frequencies than originally planned. But Argentine CEO Ole Christian Melhus confirmed to TMI at the end of June that he expected operations to begin in October of this year and they have signed a deal to use Cordoba as a second base for domestic and international flights.

In August, the Brazilian government authorized Norwegian to operate services to and from the UK leading to speculation that Norwegian could set up a Brazilian subsidiary to operate domestic services. At present, Brazilian legislation does not permit foreign shareholders to own the majority of Brazilian based airlines; if this were to change in the short or medium term, it is likely that Norwegian would seize the opportunity to begin its own operation.

At the end of June, Chilean startup JetSmart took a majority stake in fledgling Argentine carrier Alas del Sur, indicating a clear intention to start operating into and out of Argentina. Alas del Sur has no aircraft but has already been allocated routes by the Argentine government – this stake-holding will save them around 12 months of bureaucracy making an early 2019 startup in Argentina a real possibility. JetSmart backed by Indigo Partners will receive more aircraft this year and informed the Argentine government that it will operate international services from El Palomar as early as this November.

In an aggressive move the Macri government announced that minimum pricing for commercial aviation would be abolished from the beginning of August. Airlines in Argentina now have complete liberty in setting prices for internal flights and the results have been astounding. The web sites of Flybondi, Latam Airlines and Aerolineas Argentinas crashed several times in the first few days of the month as ticket prices tumbled, and demand reached record levels. Norwegian and Jet Smart have also started online sales in recent weeks and both companies report results ahead of expectations 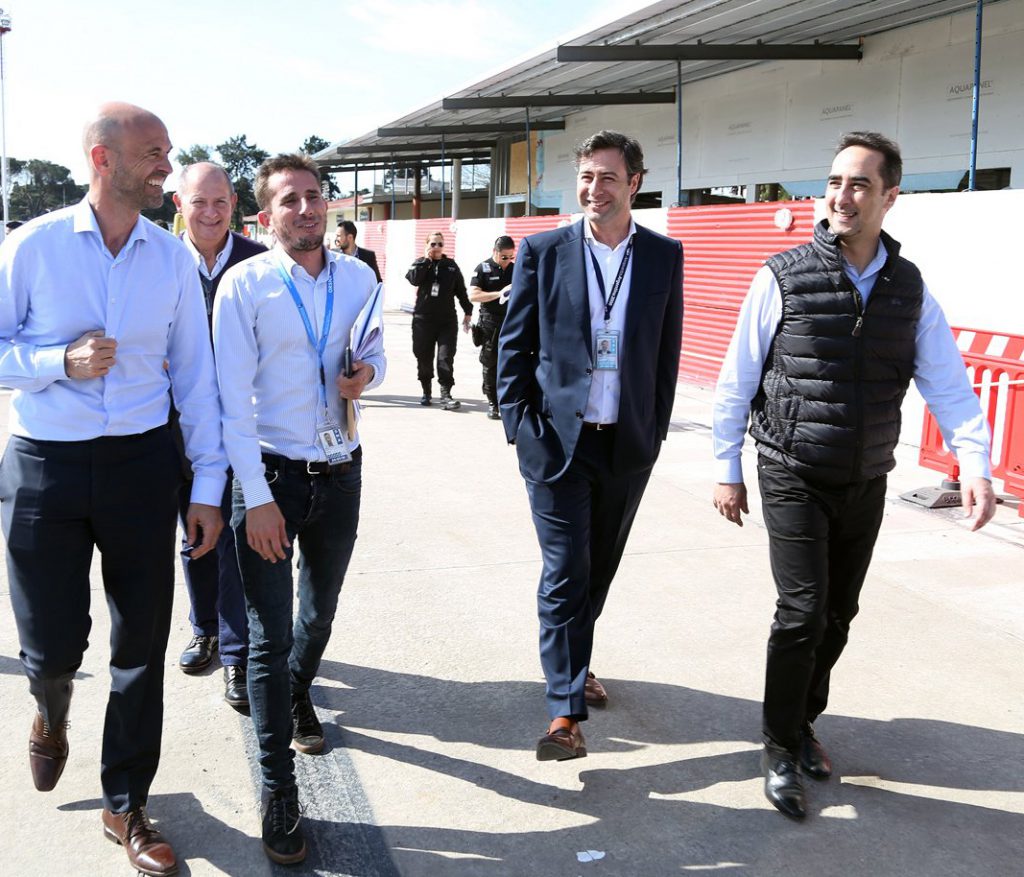 Although the economic situation is clearly not positive in Argentina and Brazil, most aviation analysts agree that low-cost carriers will continue to grow in the short and medium term in Latin America. The Argentine government has added El Palomar terminal to the AA2000 airport concession and the company is now developing the continent’s first low cost terminal. The reality of new low-cost carriers will clearly ensure that the principal airports in Latin America have additional passengers. From the initial reactions in Argentina, legacy carriers will not sit back, and will revisit their business models.

But what will it mean for travel retail? No one is quite sure at the moment. Some of the low-cost passengers are frequent flyers looking for a good deal and others are long distance bus passengers trying out something new. What is clear is that this segment is here to stay and airport managers, duty free shop operators and food and beverage concessionaires will have to look at the best way of satisfying their needs.