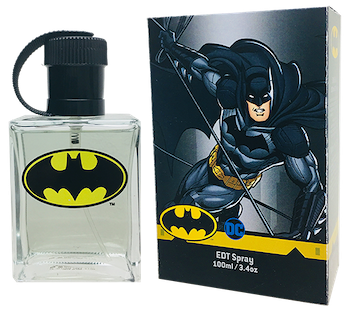 Marmol & Son, LLC, a small family-owned manufacturer of licensed fragrances for “Kids of ALL Ages” announces that it is taking a step in producing greener packaging and that all future productions of their fragrances will eliminate the transparent film overwrap commonly known as cellophane (cello).

“The use of cello is primarily for the protection of the product and is the first thing that is thrown away. It really has no other use,” said David Marmol, VP at Marmol & Son.

“So, we will instead be using safety seals to prevent tampering on the top of the box. We will also be using collapsible bottom boxes, effectively reducing our use by almost 99%,” he added.

Marmol estimates that this change alone will eliminate more than 400,000 square feet per year of cello clogging up landfills.

This is but a first step for Marmol & Son, which is studying other ways to reduce the amount of packaging and utilize more environmentally friendly ways of packaging its fragrances, says Marmol.

“We have always been focused on the quality of our fragrances and now we will also take into account the effect our packaging has on the environment. We challenge other fragrance companies to join us in making this a better, cleaner world for future generations!” he adds.

Marmol & Son has been designing and manufacturing fragrances since 2001, creating more than 150 designer fragrances under license for characters such as Batman, Superman, Harley Quinn, Wonder Woman, SpongeBob Squarepants and Dora the Explorer.