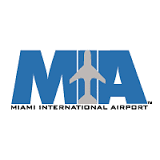 This breaks down to 22.384 million international passengers and 23.541 million domestic. The airport is serving 10 million more passengers annually than it did 10 years ago, said Miami-Dade County Mayor Carlos A. Gimenez.

Low-cost carrier Frontier Airlines will establish a 130-employee crew base and launch eight additional routes at MIA in 2020, including first-time international service for the airline from Miami to San Salvador, El Salvador; Guatemala City, Guatemala; and Santo Domingo, Dominican Republic. The new routes will expand Frontier’s network to 22 nonstop destinations from MIA in June.

MIA also had it busiest day ever for total passengers on January 5 with more than 158,000 passengers, in addition to the record day for departing passengers on February 3 for Super Bowl LIV.