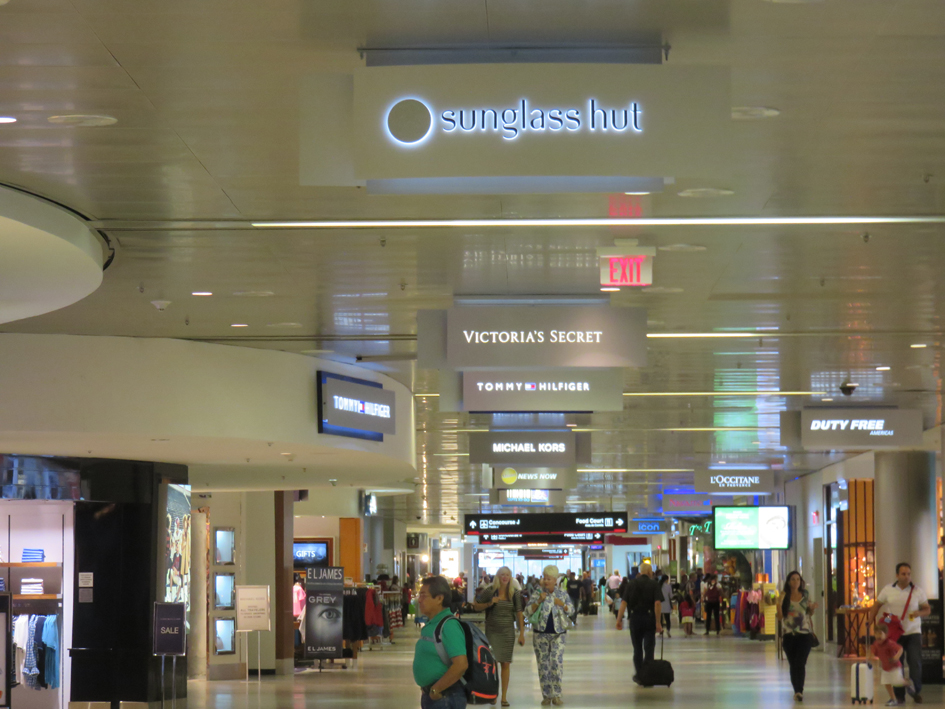 The South Terminal Concession Hall features shops catering to the international passengers who travel from MIA.

A funny thing happened to Miami International Airport as it strives to transform itself from a recognized hemispheric hub to a global airport offering travelers a world-class experience. The once stodgy, much maligned facility has become one of the most modern and innovative airports in the United States, staying at the head of the line when it comes to introducing the coolest new features, as well as an ever expanding selection of in demand retail and eating venues.

Not only is MIA the first fully beaconized airport in the world, offering airlines, retailers and other partners apps to trigger useful content to passengers and staff, but passengers entering the North and South Terminals are greeted by Leticia, a bi-lingual avatar available 24 hours a day! The super employee is a virtual assistant powered by high-definition projection imaging and surround sound to help passengers find their favorite pre-flight meal or last-minute gift item, among other information. 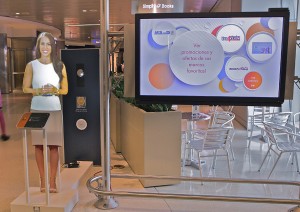 Leticia, a bi-lingual avatar is available 24 hours a day to help passengers at MIA.

Miami-Dade Aviation Director Emilio T. González is also making huge strides in his quest to transform MIA into a global hub. “Beginning this winter, MIA will proudly offer our customers more travel choices to Europe than ever before,” he said in a recent press release.

MIA already offers more flights to Latin America and the Caribbean than any other U.S. airport,
and recently added new service to Vienna, Austria and Istanbul, Turkey and the first direct flight to the Middle East from Florida aboard Qatar Airways. MIA will be offering direct flights to 19 cities in Europe by November, including new Airbus A380 superjumbo service to London. For 2016, Scandinavian Airlines (SAS) will begin offering scheduled nonstop service from Miami to Oslo and Copenhagen beginning next fall.

The commercial offer is keeping up with the expanded air service, says Adrian Songer, Chief of Aviation Business & Revenue Development at Miami-Dade Aviation Department. Retail and food and beverage revenues bring in about half a billion dollars a year at MIA, and nearer to one billion when services such as parking are added, he says.

Songer began a recent airport tour by showing TMI the numerous new retail locations that have been opened in Miami’s South Terminal as passenger traffic increases. The South Terminal houses a beautiful concessions hall that connects concourses H and J, anchored by one of the main Duty Free Americas duty free stores.

“Terminal J is now 100% international traffic, and we want to offer these passengers the brands that they want. We are constantly monitoring sales trends and accommodating our passengers,” he says.

The smaller units, while not “inline” stores, are very well designed to make the most efficient use of space and feature acurved top that disguise its freestanding nature. “The units are doing very well,” says Songer. 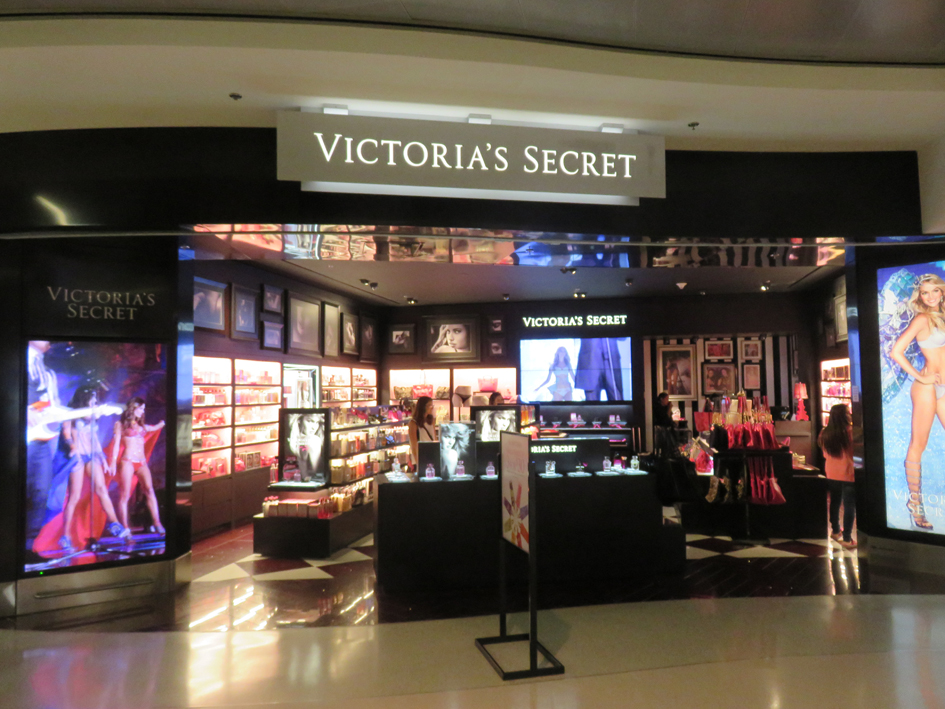 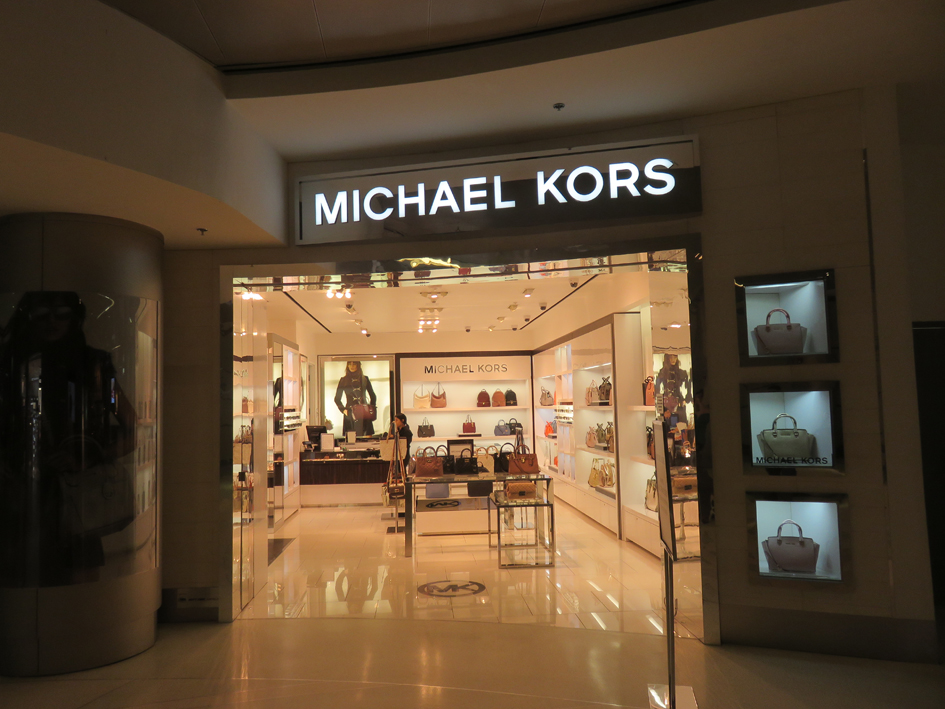 “These are brand new locations, in space that we did not open right away because the traffic and the economy did not warrant it,” explains Songer. “But with the additional traffic, we opened the additional spaces and they are generating incredible sales. These are hot American brands that the international customer loves.”

Bijoux Terner’s AdiXion concept, L’Occitane, Fire CZ and Taxco Sterling are some of the other featured retailers in the concessions hall.

Although the global economy is impacting MIA’s international spend, Songer says that since the airport is in a constant state of growth and movement, sales are keeping up.

“The economy is much more challenging this year than last year. And the current ‘recession’ in Brazil – Brazilians are our top international passenger –is having an impact on MIA’s commercial sales. But this month when we open up Turkish Air and Austrian Air, we add in a new group of customers. It will present us with a whole new opportunity. All these new flights are helping us, despite the global challenges.”

Songer notes that new brands such as M.A.C and Michael Kors are very successful in drawing in shoppers to the concessions hall.

Indeed, the airport management appears to be quick to take advantage of new opportunities whenever they appear, sometimes changing a brand or even a category: “We increased sales 600% when we changed a coffee shop into one that sold bagels and coffee,” noted Songer.

One of the most impressive new developments is the airport’s first “walk- through” duty free store in Terminal E for DFA. The location was opened to accommodate passengers who are flying British Airways’ Airbus A380 superjumbo to London, which began service in October. The “store” is located in previously unused space behind the new Air Margaritaville restaurant. Using digital signage and a new front, DFA has converted the space into a compelling and attractive shopping area, notes Songer. 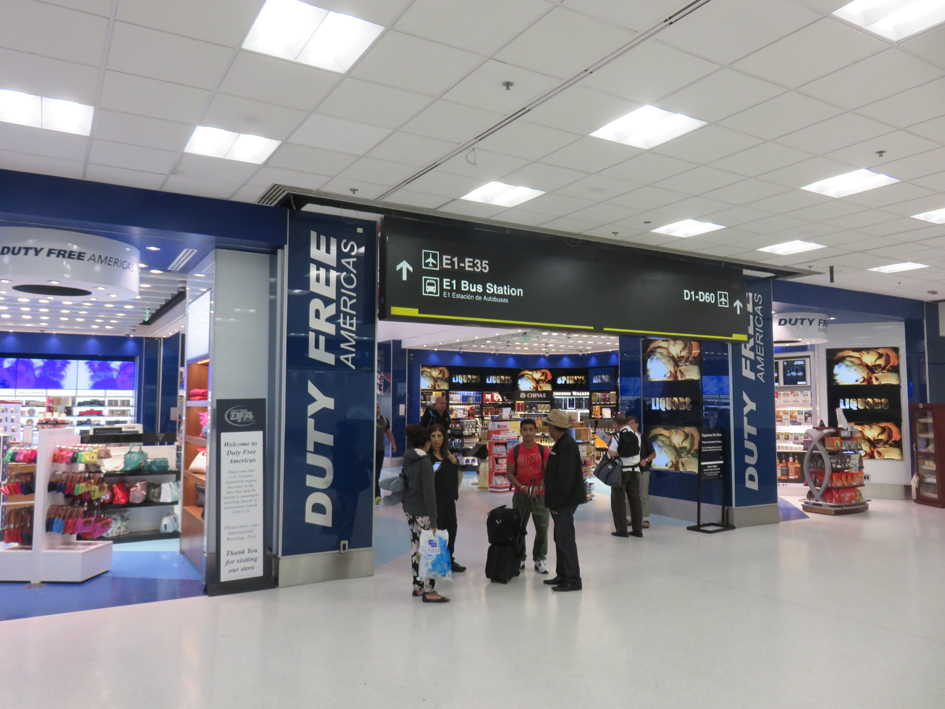 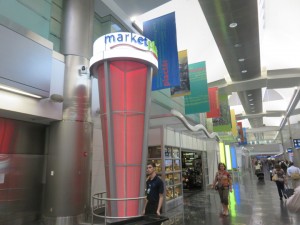 and Mediterranean food to stone crabs and empanadas. The first two stores to open were a Miami Marlins store that launched last December, followed by Cuban Crafters, a premier local boutique cigar vendor, that offers cigars, cigar cutters, cedar humidors, and other accessories designed to satisfy upscale cigar aficionados. This is Cuban Crafters first airport location. The other concepts are opening through the end of the year.

The North Terminal Marketplace is not only adding a dash of Miami “flavor” to the dining and shopping options at MIA, but it also continues MIA’s efforts to add more DBE firms, says Songer. MIA has already been recognized as one of the top five U.S. airports for awarding contracts to new small businesses, according to an audit released in 2014 by the U.S. Department of Transportation’s Office of the Inspector General.