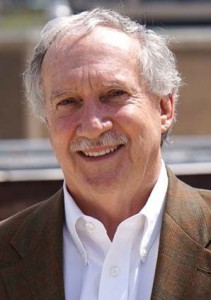 The IAADFS has been focusing its efforts on a variety of items this year but two major issues are at the forefront currently: the new U.S. Customs automated reporting system and strengthening its flagship Duty Free Show of the Americas.

On the regulatory front, IAADFS has been heavily involved in the implementation of the new automated system to facilitate processing paperwork for the electronic importing and exporting of goods. Called the Automated Commercial Environment (ACE), it is a U.S. Customs and Border Protection (CBP) system designed to facilitate trade while enhancing border security.  Once completed, it should improve collection, sharing, and processing of information but it got off to a very rough start when it was implemented in July.

“The ACE was supposed to make it easier to report data. It is basically a transition from a paper system to a pure electronic system. We have been working on this with CBP for a long time and it is supposed to simplify all the paper work, both for concessionaires and suppliers,” explained IAADFS President & CEO Michael Payne.

“The IAADFS even conducted a Webinar with representatives from Customs explaining ACE to our members – we had 40-50 people call in. But when it kicked off there were technical glitches, and training issues in certain ports, and a lack of clear communication in other places. This resulted in delays in clearing goods, particularly in Class 9 bonded warehouses, which is what we are. It has been a complicated implementation period.”

IAADFS continues to work with Custom’s officials and keeps members apprised of what is happening during the transition, sending out information to assist companies facing problems.

“The snags were felt across the board by all industries that rely on imports. I think that the new software wasn’t quite ready. And our people felt the impact. I have no explicit data but we know some deliveries were delayed and goods didn’t get to the stores on time. Delayed shipments incur extra costs for the shipper and the transporter. So there were challenges. But CBP is working to complete ACE by this December, so I think we are coming out of this.”

Payne says that the Duty Free Show of the Americas is clearly another focus, especially in light of the continuing economic struggle in parts of the Americas.

“There has been a big push to work together with some sister organizations to coordinate more of our efforts and events and examine what synergies exist among us. Discussions are underway about holding some joint sessions with ASUTIL and Frontier at the show in March. These joint efforts can begin to some extent in 2017 but I see more happening in 2018. We have nothing official at this time, but these are under discussion.

“We are definitely going to change the format of the show, upgrading the educational sessions and rescheduling them so more people can attend. We are also contacting companies that have not attended the exhibition for a while and have expressed interest but aren’t sure; or are questioning the value of the event. The Board totally understands that this is an issue, and are being very engaged and pro-active, talking to companies to see how we can meet their needs.”

Payne says that IAADFS may modify its eligibility policies to allow more travel retail companies to attend, rather than restricting entry to “pure airport duty free”. The Association is also changing some of its by-laws on governance.

Payne does not deny that last year’s show was challenging, but says that the surveys filled out by attendees after the show indicate that most suppliers are supportive and willing to help make the show work better.

“We are trying to refocus the business for the Americas. It’s a process and is going to take time but there is definitely interest in doing it. But we recognize that the show needs to change to reflect industry changes. We recognize that it may be time to look at other locations and we recognize that we need to be responsive to how the industry is changing, and still keep the high quality we are known for. ”

In conclusion, Payne reminds us that the Association is much more than a trade show.

“IAADFS is involved in a lot of activities that are not as visible as the show, but have literally saved companies hundreds of millions of dollars. Our work deals with the industry’s ability to sell product that they wouldn’t be able to sell otherwise, such as liquids and gels, and increasing basic duty free allowances. We spent easily $2 million dealing with the proposed ban on the sale of duty free tobacco. And the list goes on. When you add all that together, suppliers have hugely benefited, but they don’t connect that dot often and it is our responsibility to do a better job explaining that connection.”