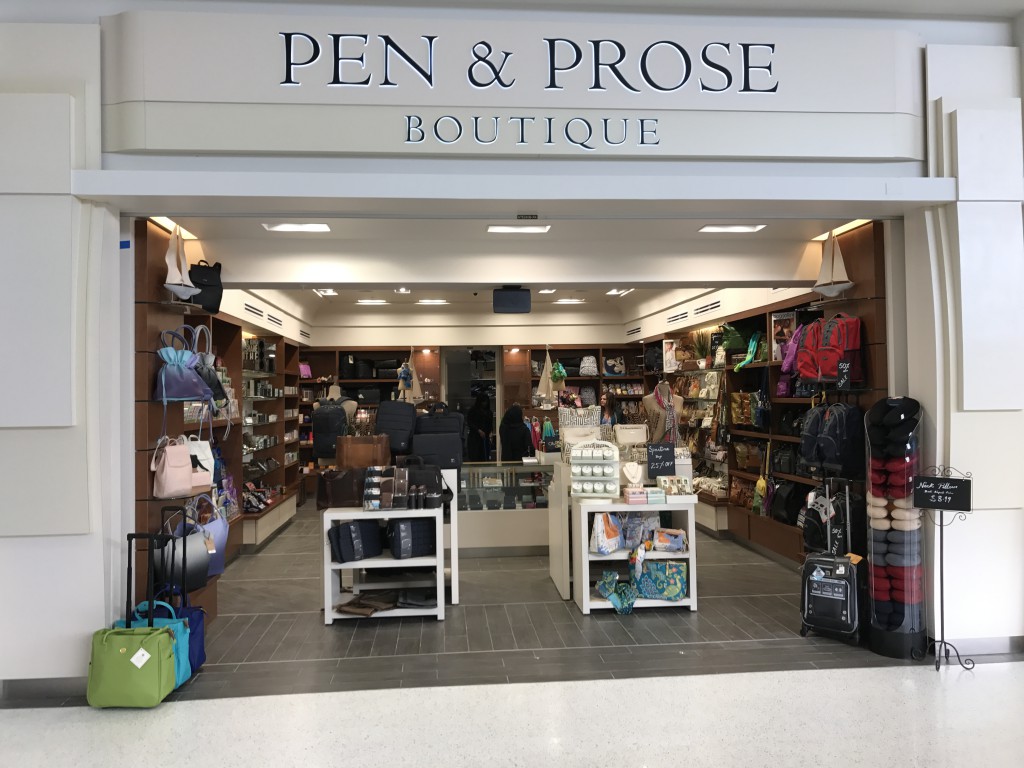 Today, Pen & Prose is a successful inline store and Morgan operates a second Pen & Prose location in BWI, along with another concept called Uniquely DC. She has also partnered with HMSHost for 10 years, operating Starbucks at both DCA and Washington Dulles International Airport, as well as several restaurants at both airports.

Morgan shares with TMI how she has seen the airport retail scene change over the last 25 years and the strategy she sees as critical for success.

“Success in the airport environment is all about being as strategic and as competitive as possible, and daring to be different,” she says.

“Going back 25 years, the airport mall concept was very new, and wide open. When I first came into DCA nearly all the retailers were large, national operators, likeVictoria’s Secret, Kay’s Jewelers, Bath & Body Works, The Gap, Gymboree, these were the core. It was felt that these types of stores would be a huge success in airports.”

Morgan admits that airport retailing can be difficult and that the barriers to entry are a lot higher than they were in the beginning; costs are up, there are many regulations, plus there is a much smaller group of competitors.

The cost to operate even an airport kiosk is high and selling in an airport is very different than street retail. “The hours are long, you are open 365 days a year

and you really need to understand your customers. These customers and theirdemands change from gate to gate. Manyretailers do not understand the volumes orimportance of customer service. Airportcustomers are focused primarily on getting to their gates, so you really need to quickly capture their attention and complete thetransaction. Everything is magnified inairport retail compared to traditional streetretail,” she says.

On the upside, Morgan says that if you have a good concept and can dealwith the challenges, the costs, the servicerequirements and the distractions, you canbe very successful.

“You have a captive audience. National and Dulles airports each accomodate approximately 20 million plus passengers a year—that is very significant. If your concept is sound for that environment, and you have the right infrastructure, I think that you can do very well.”

Morgan’s Pen & Prose concept, for example, which started as primarily stationery and writing instruments, has evolved with the times, she says. “We have evolved to a larger product offering that complements pens and stationery, and now we have a fairly significant gift component. Pen & Prose is still the main signature for our company, even as we have expanded into F&B.

“Our Uniquely DC location is a souvenir concept where we blend a number of unique items that customers are not going to find elsewhere. We have been lucky to partner with The Spy Museum, which is a major local attraction, and we are their only airport partnership. We try to go a little beyond the norm. Success depends on having the right product mix.”