for1314, the intriguingly named consortium formed earlier this summer by travel retail industry veterans Christoph Henkel, Denz van der List, and Adil Raïhani, has taken the next step with its portfolio of “sophisticated, affordable technology” by introducing Density, a scalable people counting system.

Designed to measure real-time space occupancy, not just entrance/exit count, Density has a number of uses both inside and outside the travel retail industry, and is perfect for the current COVID-19 climate, says Henkel, co-founder of Miami-based distributor InnoTRI Limited, which is the commercial arm of the consortium. 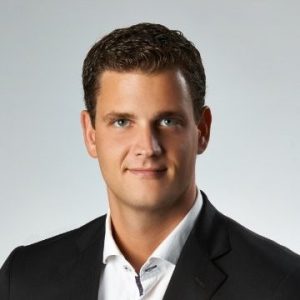 “In times of COVID-19, it is even more important to keep track of capacity and occupancy to ensure a clean and safe environment for employees, customers, travelers and visitors,” says Henkel. “Density measures and monitors people in any location without violating privacy.”

Density is a new partner for for1314 (through InnoTRI Limited), but the company has been around for six years and is partnered in the U.S. with Starbucks and other large corporations. 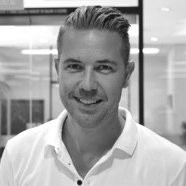 “Density has taken its existing technology and adjusted it as a reaction to COVID. They have launched Safe by Density, which regulates or announces occupancy and capacity limits. A simple example would be in restrooms in offices or airports,” says van der List, TR6 owner and former Cabeau executive. “This technology can be implemented in multiple organizations and locations.”

This product is particularly valuable in today’s environment, because Safe by Density displays occupancy to empower employees to make decisions about physical distancing as they go through their workday as well as giving real–time alerts when occupancy approaches or exceeds specific safe levels.

“We are targeting organizations that deal with larger crowds of people. That can be a cruise terminal in our industry and a simple office building outside the travel retail industry,” says Raïhani.

“With Density you don’t have a person standing at the door counting people going click, click, click. It produces a clear digital communication that is very visible for everyone,” says Henkel.

Density is designed to set parameters such as ensuring rooms are always clean, or blocked for cleaning, which can reduce operating expenses by allowing janitorial and facility teams to respond to actual usage.

Of interest to travel retail operators, Density can monitor the number of customers in the shops as the stores reopen, says van der List.“Want to make sure it’s efficient if your airport store is open? How many people are visiting? Is there sufficient staff? Are there congested areas in the store where practicing physical distancing is not possible? Is facility management coming into action to clean the right place at the right time? These are just some of the many examples specific to retail that Density can monitor, but there are many more,” says van der List.

The for1314 partners tell TMI that they already are generating interest in Density since it launched two weeks ago. The product demonstrates how the consortium’s portfolio, which initially focused on first relief products including masks and hand sanitizer, is evolving, says Henkel. 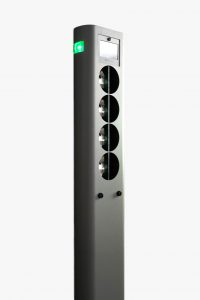 “We have been developing our approach from day one. We are moving away from first relief measures. There is clearly saturation in the market with masks although masks are still part of our assortment if customers want them. We are now carrying sophisticated, affordable technology which sets us apart from everybody else. You don’t see something as sophisticated as Density or our thermal StripSensor in the market,” says Henkel.

The StripSensor appears to be another winning product for the group. It is a seamless non-invasive technology that detects a person’s thermal body temperature as soon as they pass by it, measuring 300 people per minute.

“The StripSensor is seamless, sleek, and unmatched globally, and is a simple to use plug and play. This continuous, instantaneous detection allows people to continue about their everyday life normally without having to stop and stand in front of the camera to be detected,” says van der List, adding that the StripSensor has already launched in several locations.