New York-based beauty company TPR Holdings will be unveiling two important designer fragrances with global brand recognition in Cannes this year, one for Elie Tahari, the go-to designer for chic women’s business clothing, and one for couture designers Badgley Mischka, renowned for their red carpet and ballroom gowns.

The beauty entrepreneur who developed international brands such as ZIRH Men’s Skincare and John Varvatos Fragrance, believes that both of these fragrances stand an excellent chance of success.

“In the world of designer fragrances, and in the world of mega-launches, you rarely see two brands that are going to stand out as much as these do,” says Robinson.

“This is Tahari’s first fragrance ever. He is certainly a force in the fashion industry and we have no doubt he will be a force in fragrance. He has had an integral say in the development of the product and creation of the launch. Elie is very conscious about pleasing a wide range of people, as he does with everything, so having his first-hand opinions and input has been invaluable,” he says.

“Mark and James (Badgley and Mischka) have been very involved too with the Badgley Mishcka fragrances. They will be making instore appearances, and we are hoping they will take their show on the road globally as we launch in key markets around the world. They are very active and want the fragrance to work.”

Robinson says that having all of the designers so present in the fragrances makes them that much more relevant.

“These designers can go out and make an impact on the BAs, which will help even further.” 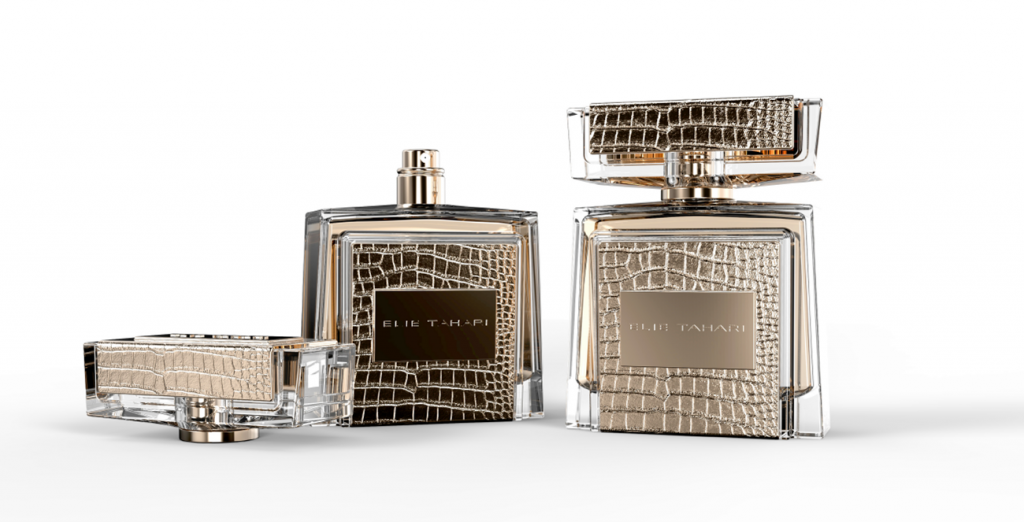 The Elie Tahari name has global recognition. The designer is seen as a force reshaping fashion for working women. With his tailored designs that made women look chic and a little sexy while dressing for business, he became the go to designer for working women.

“There is always something that makes his pieces stand out and always some element of surprise – a little piece of lace or a print detail inside a jacket. The Elie Tahari bottle itself is much like the clothes, tailored but with a luxurious surprise. He has wrapped the bottle in a beautiful gold lizard material that marks it as something special much like his clothing,” says Robinson.

The fragrance opens with bergamot and violet, and the tea blossoms in the heart have global appeal, and are very indicative of the Middle East and Israel of Mr. Tahari’s heritage. The drydown is woody with amber and a touch of musk. 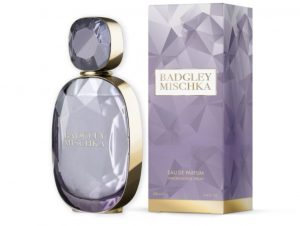 that milestone. The fragrance will evoke all of the glamour and elegance and beauty and femininity that the fashion brand

The designers are expanding from the couture ball gown category, getting into more casual, ready to wear clothing for work and sports wear. They also just launched a home collection and are doing well all over the world.

“Their fabrics and attention to detail are so interesting, and are in everything they do, from shoes to jewelry. Now they are taking that intricacy and creating a fragrance that is very indicative of all those attributes used when speaking of Badgley Mischka,” says Robinson.

Created by Perfumer Richard Herpin, the fragrance is sparkly and feminine with notes of naroli, jasmin sambac and magnolia, “warmer notes that reflect the fabrics and jewels that line their runway fashions,” says Robinson. “The base has sandalwood for longevity, and amber and pink pepper corns that make it stand out.”

Further down the line, TPR is planning to launch a color collection for Badgley Mischka, beginning with a compact capsule collection and eventually developing into a full line, says Robinson.

Robinson believes that the two fragrances will appeal to a wide range of women and that the fashion brands themselves are paving the way to a younger consumer.

“We are following suit with each brand, especially with Badgley Mischka. They are branching out to become more of a lifestyle brand, with a less expensive line – both of which should attract a younger customer and give her entry into the brand.

“Elie Tahari will be more aspirational. While this younger group purchases a lot of Tahari clothing we think they will want

to be brand ambassadors for the designer. Wearing Tahari head to toe, the fragrance will be the finishing touch for their look for the day.”

The company is looking to retain international distribution for both brands in Cannes.

For Elie Tahari specifically, TPR wants good distributors in the Middle East—Saudi Arabia, Israel, Kuwait, etc., where the brand is well recognized. They also see great potential in Russia, and with its citrusy background, appeal in the Far East.

For Badgley Mischka, Russia and India, as well as all the Anglo markets, are most important, says Robinson.

“Travel Retail is on fire. We know TR likes established brands in local markets and we are looking to do a couple of things in tandem, because of the huge awareness reach of both brands, especially in the UK and Canada. We are hugely involved with both fashion houses, in terms of social media and digital marketing and have ad campaigns for both brands. Tahari will announce the campaign in the next month or so, perhaps in Cannes.”