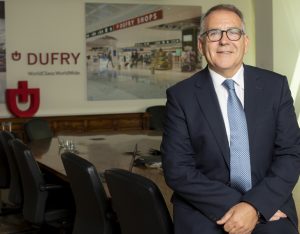 The European Travel Retail Confederation has elected Nigel Keal as President. Keal, Global Commercial Director for Dufry, has been a member of the Managing Board of ETRC since 2017. He replaces Frank O’Connell, who stepped down as ETRC President but continues in his role as President of the Duty Free World Council (DFWC).

Keal comments: “I am delighted to have been elected President of ETRC and humbled by the trust ETRC members have shown… The breadth and scale of the work currently being undertaken by ETRC is remarkable. We are actively engaging the EU and key European countries on a number of campaigns, particularly on Brexit ahead of negotiations on the future EU-UK relationship.

“Also I would like to sincerely pay tribute to my predecessors, especially Frank, who has given much of his career to ETRC and its forerunners. Frank has been a true industry stalwart, a man who has given so much for so long. I am pleased he agreed to stay on the Managing Board of ETRC for another six months to facilitate a smooth transition.”

ETRC is committed to tackling these challenges, and to provide some clarity for our members and for the industry at large. Nigel has the experience and know-how to continue driving these issues as the new President of ETRC.”