Dubai has kept its position as the world’s biggest international hub in January with four of the routes in the Top 10 International Routes. 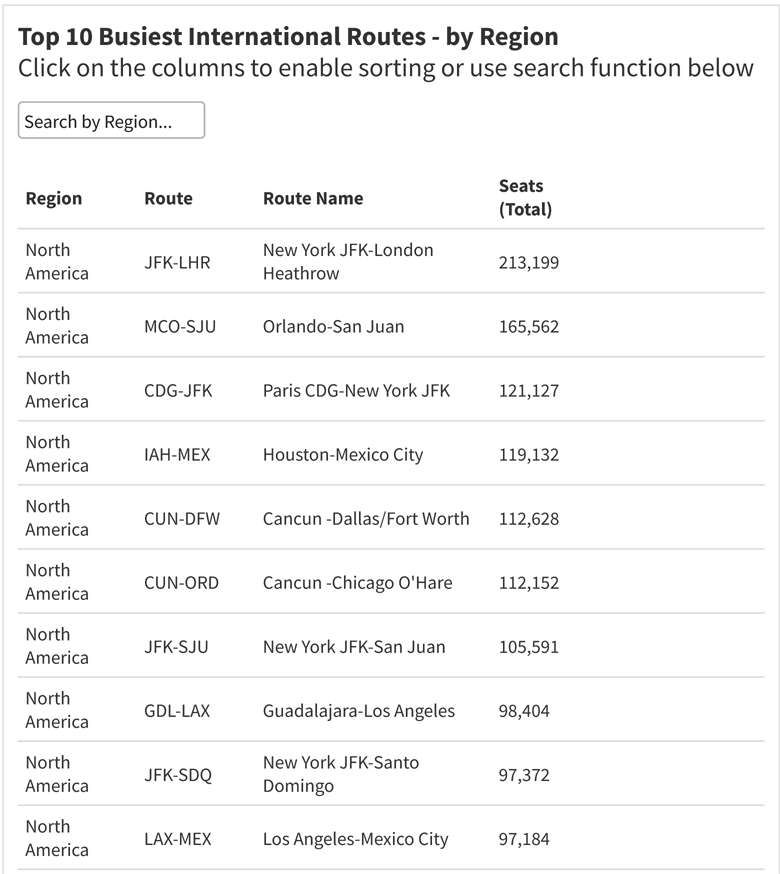 Taking a closer look at the U.S. market, New York to Chicago (LGA-ORD) is the busiest domestic route with a total of 262,256 scheduled seats (a 21% increase from last month).

Two LAX routes –to Honolulu and to Dallas- fell off the Top 10 list in January, but the LAX-Las Vegas route comes in at #10.

By region in the Americas, seven of the Top 10 busiest Latin American international routes connect with an airport in the U.S.

Five of the busiest international routes in North America connect a U.S. airport with one in Mexico. 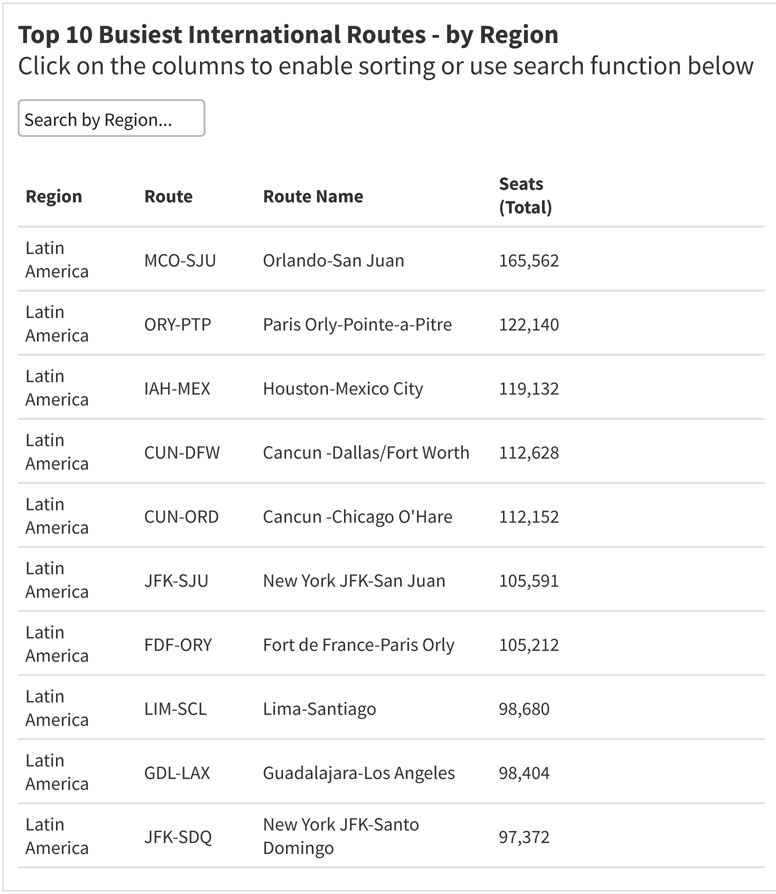