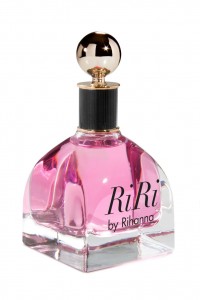 International super star, music icon and fashion muse Rihanna launched her newest scent to huge excitement during New York’s Fashion Week in September, roaming the city with a bright pink custom vehicle displaying her image and the RiRi by Rihanna branding. The new fragrance– feminine and flirty–is said to reflect the star’s softer side and show her vivacious spirit in an entirely new light, says Diana Espino, Global Vice President of Marketing and Brand Development at Parlux Ltd, which produces the Rihanna fragrances among its portfolio of American-centric lifestyle and pop-culture brands.

The RiRi by Rihanna guerilla marketing campaign in NYC during New York Fashion Week 2015 generated buzz and awareness wherever it went, said Espino. It was visible at key fashion shows, after party venues, and colleges such as Fashion Institute of Technology, Parsons School of Design, and Baruch College, bastions of huge fan bases for the 8-time Grammy winner.

“Rihanna is such an icon, not only as a singer and in the music industry but in fashion as well. She’s become the muse of designers and the people. Tom Ford recently gave a quote that said, ‘Rihanna’s instagram is more important than any fashion review,’” said Espino.

“At 27 years old, Rihanna has already made a record with Paul McCartney and Kanye West, won her 8th Grammy, swam with the sharks in Harper’s Bazaar, and did a charity bag for Fendi. She’s the face of Dior fashion — the first woman of color to front the Dior fashion brand,” she continues.

“Since launching Reb’l Fleur, her first perfume in 2010, through June 2015, we’ve sold over 12 million Rihanna bottles. This year marks the 10th anniversary of her signing on with a record label, and it coincides with the launch of RiRi, which is the first time she is putting her name on her fragrance.”

Rihanna is the acknowledged Queen of Social Media, with 169 million fans across Facebook, Twitter, Vevo and Instagram, and her popularity is growing. So social media is an integral part of the launch campaign.

In addition to flooding New York City with taxi tops (with an estimated 142 million impressions during the launch period), Parlux will also use taxis in Las Vegas and in Miami during Thanksgiving weekend. They will place RiRi kiosks in San Francisco and bus shelters in Washington D.C. Parlux has even created a RiRi van that will drive from place to place, and club to club, with Brand Ambassadors to give out samples and sell product.

The RiRi van is also the center of a call-to-action across multiple social accounts and platforms to engage fans and continue the conversation. Using Geo- tagging through Instagram, the campaign encourages fans to find and follow the truck. The first to find the RiRi by Rihanna truck at a new location and share a photo of themselves using #ThisisRiRi wins a special prize such as a signed bottle of Rihanna fragrance. All fans who visit the RiRi by Rihanna truck receive RiRi by Rihanna fragrance samples. There was also a selfie activation with pink RiRi gloves.

“For Fall, we are going to flood the top five malls in the U.S. with RiRi, taking over entrance doors and escalators, along with a big project with Refinery 29, and ongoing concepts and interactive quizzes with Hollywood Life. And because we are so strong in England, we are using the Daily Mail to mount a very strong promotional program for the UK,” says Espino.

The international launch also covers Australia, Canada, Korea, select European countries, and Israel and Kuwait, among others. There are 73 doors in the Caribbean, including Penha, John Bull, Maggy’s, Kirk Freeport, Caribbean Ari and Dufry.

In addition to the Rihanna fragrances, Parlux’ pop-culture fragrance brands include Jay Z, Sean “P. Diddy” Combs, Sofia Vegara, and Pitbull, as well as Jessica Simpson, who crosses over from the fashion to pop culture, says Espino.

And then there is Parlux’s Paris Hilton brand, which is one of the company’s strongest international brands at this time.

“Paris Hilton is such a hard worker and smart business woman. She’s opening hotels in Paris and South America and has stores where she sells accessories and fragrances. Because she resonates so well in the global market, 75% of our Paris Hilton business is now out of the country.”