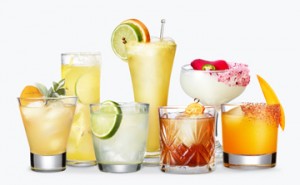 Ultra-premium tequila Patrón has embarked on a pursuit to find the best margarita, and has launched the “Search for 2016’s Margarita of the Year.” The program began on National Margarita Day (February 22), and the winner will be announced in late April, in time for Cinco de Mayo.

Patrón, the global leader in the 100 percent agave category, says that while there is no specific style of margarita that’s the ‘right’ one, it is a world-class cocktail and deserves an equally world-class tequila: “That’s why Patrón is so excited to celebrate and share in its rich history,” says Lee Applbaum, Patrón’s Global Chief Marketing Officer. “We didn’t invent the margarita, but we certainly perfected it, and our ‘Search for 2016’s Margarita of the Year’ celebrates the increasing popularity, incredible versatility, and fascinating backstory of this iconic cocktail.”

Patrón’s has enlisted the help of seven top bartenders from across the U.S. and Mexico to create recipes for seven different styles of margaritas, reflecting their personal influences on what makes the #PerfectMargarita, and also the local taste of their cities, culinary trends, and the history of the drink.

The recipes for the seven styles of margaritas – herbal, spicy, smoky, savory, modern, tropical and classic – can be found at MargaritaOfTheYear.com, where people can log in and cast a vote (once daily, through April 15) for their favorite. Consumers will also be invited to vote live at various Patrón-sponsored events in North America over the coming months.

The votes will be tallied and the three most popular styles of margaritas will then be showcased at a pre-Cinco de Mayo event in New York, where the winning “Margarita of the Year” will be crowned.

Earlier this year, Patrón brought together all of the participating bartenders to travel to the Hacienda Patrón distillery in the Highlands of Jalisco, Mexico, to prepare and perfect their inspired recipes.

The Margarita of the Year site features videos and interviews, and instructional videos about how to prepare each cocktail. The site also contains downloadable recipes, and a full history of the drink’s (often debated) history, as well as conversations and stories about the evolution of the famous cocktail.