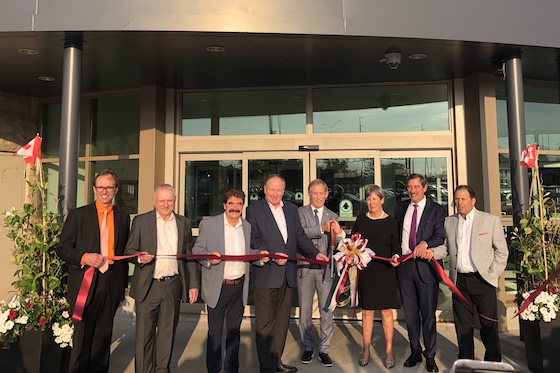 Peace Bridge Duty Free held the grand re-opening of its newly renovated duty free store on July 10 with a ribbon-cutting ceremony and celebration attended by dozens of partners and customers.

The updated store, which is nearly 18,000 sqf in size, took nearly a year of construction to complete. By working on one half of the store at a time, Peace Bridge Duty Free was able to remain open during the renovation. 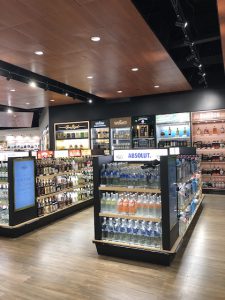 “We’ve been here 18 years and the store was due for a major renovation. We signed a new lease with the Peace Bridge two years ago and that was part of our proposal, to bring everything up to date, to bring in new product, to make the store nice and shiny,” says O’Hara.

“The store was getting a little old and dated. We had upgraded various areas over the years, but it was time for a whole new concerted effort. We love how it turned out.”

Construction on the store began in August 2018 following a year of planning.

“We had some real goals in mind with the new store,” added Pearce.

“We wanted clear sightlines throughout the whole store and we brought all the fixture levels down. We wanted room for a relaxed shopping experience with extra-wide aisles and lots of space between fixtures. We wanted new lighting to brighten up the product. It just makes the whole store look a lot bigger,” says Pearce.

“Most of our customers believe that the store is bigger, but it is just the new designs we’ve added.

“A lot of our customers stayed with us throughout the experience. We had the whole store jammed in one half of the space while we were building. We even had our fragrance in the wine department. Our customers are very loyal and are now coming back in droves,” he said. 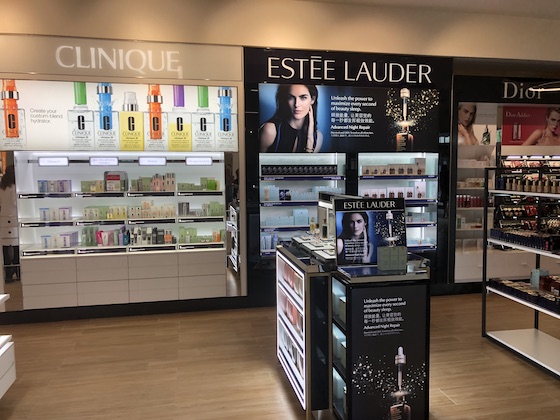 Pearce says the new store is just one aspect of how Peace Bridge Duty Free is updating its image.

“We invest in our website every year. It is so important to everything we do, that we update continually. The online ordering and pick-up at the store, our pre-order program, has been very successful. It is becoming more and more important,” says Pearce.

The store also features digital signage with new brands on the way.

“We expanded our scotch department as well as the hot products like bourbons, Irish whiskey, and rums. We also expect some new brands to come in, although we haven’t signed the contracts yet. And we are probably still the number one Crown Royal store.” 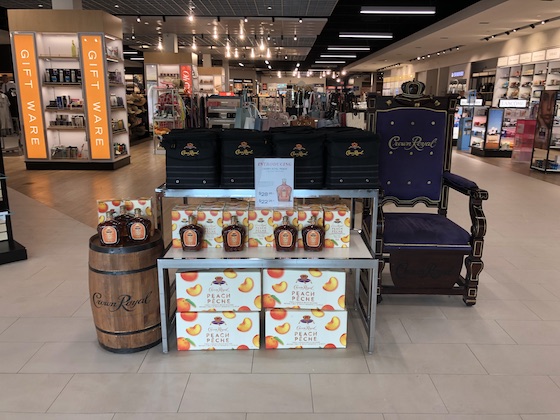 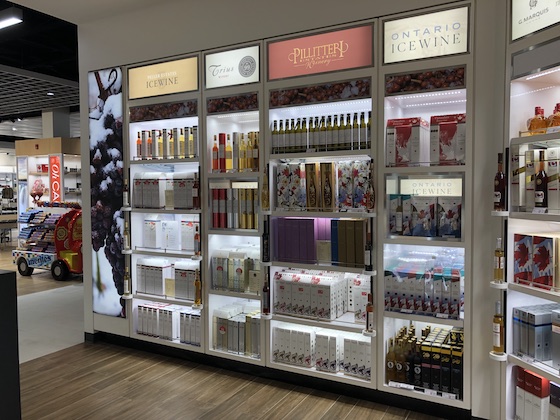 Even though the store was under construction, Peace Bridge Duty Free reports a busy spring season and a strong start to the summer.

“It was one of the busiest Fourth of July holidays we’ve seen in a long time. Tourism remains hot in Toronto and Niagara, although we still have more Canadians than Americans. Our car traffic is probably 65% Canadian to 35% American,” says Pearce.

“We just had our spring bus season when bus tours from the United States come up. These customers just love ice wine. It is a huge product for most Canadian duty free stores. Our wine section has expanded and we are upgrading it with new wines.”

Both O’Hara and Pearce are excited at what the future holds for Peace Bridge Duty Free as more and more customers experience the new store.

“The store is our vision of what duty free retail is. We hope people like it and enjoy it as we take it to the next level. From a design and build standpoint we think we have,” says Pearce. 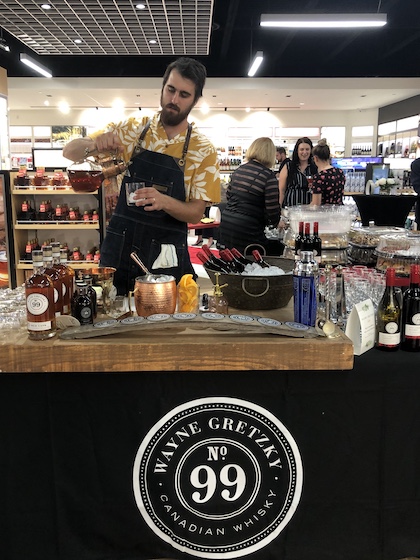 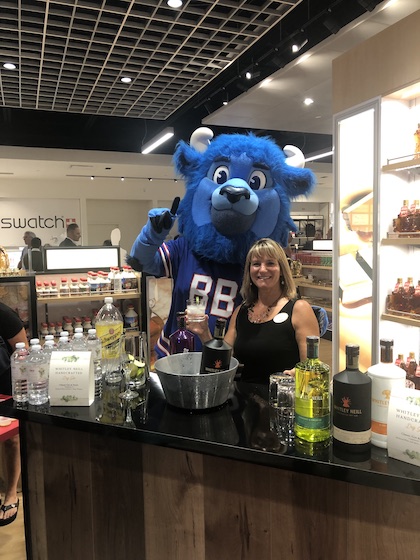 Guests at the grand re-opening party were able to sample food and drinks from key Peace Bridge Duty Free suppliers, both national such as the Wayne Gretzky Canadian whisky and international favorites like Whitley Neill gins, shown here with the Billy Buffalo mascot. 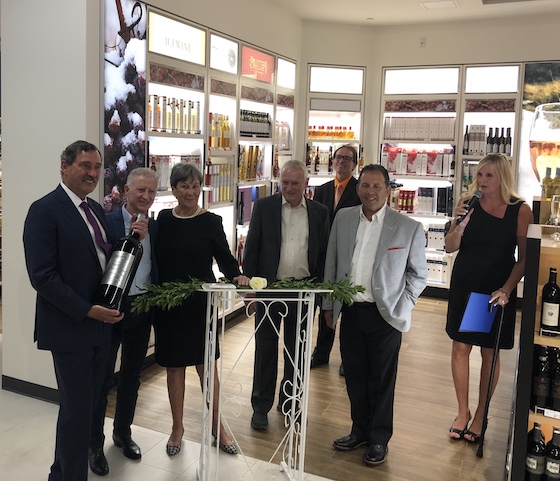 To commemorate the occasion, Franco Gabriele of Alfa Brands and Pillitteri Estates Winery presented a 5-liter limited edition bottle of Pillitteri’s Exclamation selection to the PBDF Board of Directors.