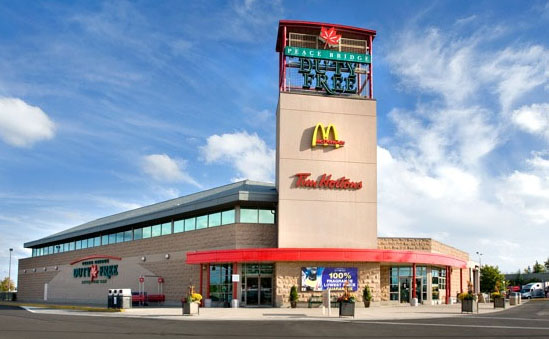 The 20-year lease (15 years with a five year renewal option) ensures continued and uninterrupted duty free retail at one of the most traveled border crossings between the United States and Canada, says the company.

The Buffalo and Fort Erie Public Bridge Authority (PBA) told TMI that it had completed its Request for Proposal (RFP) process for a Canadian Duty Free Operator, and had received six proposals for the contract.

“The successful proponent was Peace Bridge Duty Free Inc. (PBDF), the incumbent operator. PBDF was awarded the concession by the PBA board after a thorough review by a selection committee that determined PBDF scored the highest of all proposals submitted and would deliver the best value to the PBA,” said a spokesperson for the PBA.

“Peace Bridge Duty Free has proudly served Fort Erie and those traveling to the United States for almost thirty years, and we welcome the opportunity to do so for many years to come,” said Peace Bridge Duty Free President Gregory G. O’Hara. “We are excited about the plans we have for the store, and look forward to unveiling them in the weeks and months ahead.”

Jim Pearce, General Manager of Peace Bridge Duty Free added, “This is an extremely exciting time in our long and storied history. The commitment from our ownership towards our new design plans will ensure we remain one of the leading stores in the land border industry and offer the best in shopping experiences to our many loyal and new customers.”

This was the first ever tender for the Peace Bridge, which opened the duty free shop in 1986, and is the second busiest border crossing between Canada and the US with approximately 5.5 million vehicles crossing annually.