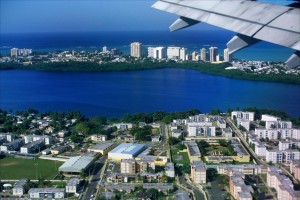 Puerto Rico is $73 billion in the hole, a sustained drought has led to severe water shortages — at one point forcing some residents of San Juan to limit their showers to two a week — and potential rival Cuba is about to open up the floodgates to U.S. visitors.

But tourism appears to be the island’s shining star on an otherwise bleak horizon.

In fiscal 2015, a record 1.5 million cruise ship visitors came to the island — up by 24.8% compared to the year-ago period and a 45.8% jump compared to fiscal 2013. That pumped $200 million into the island’s troubled economy, sustaining 5,500 jobs, according to Ingrid Rivera Rocafort, executive director of the Puerto Rico Tourism Co.

The number of cruise passengers in transit went up by 31.7%, while homeport passenger volume increased by 12.1%.

Hotel occupancy, meanwhile, edged up to 70.1% in fiscal 2015 from 69.8% in fiscal 2014 (compared to average occupancy of 68% for the Caribbean), while average room rates rose from $148.83 to $157.34 over the same period (compared to $194.66 for the Caribbean). The island added 931 rooms, and travel retailer Travelzoo named Puerto Rico one of the world’s “best cost-saving travel destinations” due to “increased infrastructure and competition” with its more expensive Caribbean rivals. 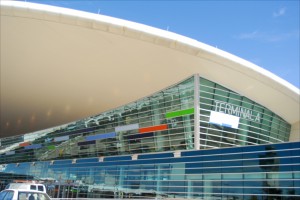 “In November, Norwegian Airlines will come with direct flights from Oslo, Stockholm and Copenhagen, and in December, Seaborne will add nonstop service from Antigua,” said Rivera Rocafort, speaking at a Sept. 1 PRTC presentation in San Juan.

In recent months, numerous media commentators have drawn parallels between Puerto Rico — which recently defaulted on $58 million in debt and is facing the worst fiscal crisis in its history — and heavily indebted Greece, which narrowly averted getting kicked out of the 19-nation eurozone this summer and sparking a worldwide panic.

But Clarisa Jiménez, president and CEO of the San Juan-based Puerto Rico Hotel & Tourism Association, said that when it comes to tourism, such comparisons are unfair.

“Everything is working as usual. Because of our alliance with the U.S., we have security. You won’t see here what’s going on in Greece,” Jiménez told TMI. Despite Puerto Rico’s crushing $73 billion fiscal deficit, she said, “our tourism infrastructure is great, and many of our attractions, like El Morro, are under federal management, so if you come here you won’t even notice that the government is having problems.”

The eurozone crisis hasn’t dissuaded tourists from visiting Greece, and the same appears to be true of Puerto Rico, which receives 3.2 million tourists every year, 87% of them from the U.S. mainland (compared to 5.1 million arrivals in the Dominican Republic last year, and just over 3.0 million in Cuba).

Yet virtually none of Puerto Rico’s tourists were affected by this summer’s severe drought, which forced authorities to impose water rationing in areas of Bayamón and Isla Verde, near San Juan’s Luís Muñoz Marín International Airport. 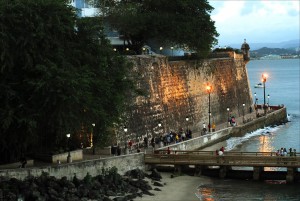 “Tourism continues to grow. I really don’t see the fiscal crisis having any impact on the industry,” said prominent San Juan economist José Joaquín Villamil. “Cruise ship arrivals are way up, we have two new hotels at the convention center, one new hotel in Manatí and another new hotel in Bayamón.”
On Sept. 21, the PRTC announced that two buildings fronting Ashford Avenue in San Juan’s oceanfront Condado district would be demolished to make way for a 164-room luxury hotel. The $30 million project is being partially financed by the Economic Development Bank for Puerto Rico, which over the last five years has awarded 44 loans worth a combined $47.4 million targeted to the tourism sector.
EDB President Joey Cancel Planas said the hotel project “promises to be a great attraction for the Condado area and a strategic commitment to tangible economic development.”

At LMM, Aerostar Airport Holdings LLC — the joint venture now operating the airport following its 2013 privatization — has spent $750 million to upgrade the 60-year-old facility over the last two years. It still has another $200 million in renovations to go, said Jiménez, adding that 27 airlines now fly into LMM and that airfare from the U.S. mainland to Puerto Rico is cheaper than to any other Caribbean destination.

On the other hand, the island’s status as a U.S. commonwealth means that the federal minimum wage of $7.25 an hour applies to Puerto Rico. That translates into a minimum salary of $290 for a 40-hour week, compared to less than $60 a week for an average worker at an all-inclusive resort in the Dominican Republic. And in Cuba, weekly wages come to only $4 based on current official exchange rates.

Another drawback is the high cost of electricity in Puerto Rico. Island residents currently pay 18¢ per kilowatt-hour, down from 28¢/kwh in August 2014, when rates were slashed. Even so, that compares to an average 10¢ to 12¢ on the U.S. mainland. Thanks to a government subsidy, hotels in Puerto Rico pay less — but that subsidy may soon end, due to mounting pressure on the commonwealth to close its gaping deficit.

“Tourism has been identified as key to Puerto Rico’s economic revival,” Jiménez said, noting that tourism now accounts for only 6% of the island’s $103 billion GDP. She said PRTC officials would like to boost that share to at least 8% and possibly more.

“The D.R. is a different market than us, even though they’ve added higher-end properties,” said Jiménez. “We will never be able to compete with larger destinations in that regard because we’ll never have 60,000 hotel rooms here.”

But Cuba — which was off-limits to U.S. citizens for decades — is now more accessible to Americans than at any time since President John F. Kennedy imposed a strict travel ban against the island in 1962. This summer, Washington and Havana re-established diplomatic relations after a 54-year hiatus, and new regulations published in mid-September by the U.S. Treasury Department dramatically expand opportunities for U.S. airlines, cruise ship and ferry operators to offer services to the communist island located only 90 miles south of Key West, Fla.

“Cuba will be the new kid on the block and will definitely attract many visitors. However, we see this as an opportunity to work together to create packages to attract longer-stay tourists to the Spanish-speaking Caribbean,” said Jiménez. “It’s competition, just the same way we have with all other destinations.”

But local economist Elias Gutiérrez doesn’t see it that way.

“Obviously, the novelty factor is going to play a role. So far, Cuban tourism has been mostly European and Canadian — two groups that are not particularly competitive with Puerto Rico. But there’s bound to be an impact, no question about it.”

A much bigger problem, he said, is the possible repercussion that may result in the event Puerto Rico cannot dig itself out of its current crisis.

“If we lose credibility in the markets, financing projects will become even more difficult, given our cost structure. Then there will be postponements and cancellations, and increased competition from Cuba,” the economist warned.

“If we keep listening to the lawyers and trying to put off the bondholders and capital markets, we’re going to lose the day. Everything we’ve done over the last 25 years will go down the drain. We must acknowledge that we have a debt to be served, with whatever resources we can put together. More than that, we have to invest at a rate of $10 billion a year for the next 12 years to get out of this mess.”

Tourism ultimately provides economic diversification “and keeps us in the ball game,” said Gutiérrez, because sooner or later, “Cuba is going to become a problem.”