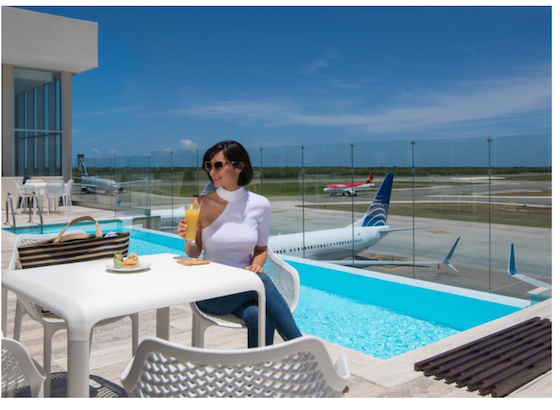 Award-winning Punta Cana International Airport in the Dominican Republic is aiming to launch its U.S. Pre-Clearance facility in November this year, and has begun designing a third terminal, according to Rafael Smith, PUJ Director of Landside & Terminal Operations.

Named one of ACI’s “Best Airport’s by Size and Region” in Latin America and the Caribbean for the past three years, PUJ prides itself on its passenger services, says Smith.

The sustained growth of Punta Cana International Airport over the past five years has gone from the construction of a second airstrip, to the latest construction of a new terminal building. The addition of the U.S. Pre-Clearance this year has been a priority and will be a major step forward in customer service, says Smith.

The Pre-Clearance facility was first approved by the U.S. government in 2016 for implementation in 2017, but Smith is hopeful that it will finally get going this year.

“We are now waiting for approval from a Constitutional Tribunal in the Dominican Republic, which we expect at any moment,” Smith tells TMI.

Smith says that the U.S. and Canada are the main source markets for Punta Cana with more than 50% of the traffic, followed by Europe and then the rest of the world—South America and the Caribbean. Russia, which had been a major market until its financial crisis several years ago, is also making a comeback, he reports.

“We have a strategic alliance with DFA and they work with us closely. We are very satisfied with their service and the variety of their offer in our airports,” says Smith.

Terminal 3, like the other two terminals, will feature specialized multi-brand stores, gift shops, souvenirs, and branded outlets from DFA, he says.

“It will be very nice and retail will be integrally involved with the design. We have a great variety in our shops with many high recognition brands like Montblanc, Bulgari, Tumi and Longchamp, and at the same time we have our souvenirs and many Dominican goods that tourists appreciate a lot. We have identified what our passengers prefer and are aiming for a similar offer in the new terminal and to reinforce what we have now.”

In addition to its shopping, PUJ has put itself on the map with its VIP lounges. Its Terminal B lounge features an infinity pool overlooking the airstrip – making it the first airport in the Caribbean to have a pool at an airport terminal.

“The Infinity pool in the VIP lounge has become a real source of revenue for us, and a key point of marketing. News of that pool has been around the world since we opened, and people use it every day. It overlooks the runway with all the planes landing and taking off, it really is spectacular.”

Smith says that PUJ is looking to create a VIP lounge in Terminal A as well. In addition to its commitment to providing service for the passengers, Smith says that PUJ has invested significantly in technology, and is now in conversations with the Dominican government to introduce automatic control boarding kiosks, and other ways to expedite the check in of the passengers.

“We will keep improving, and delivering a quality service. We are very excited about these future plans.”