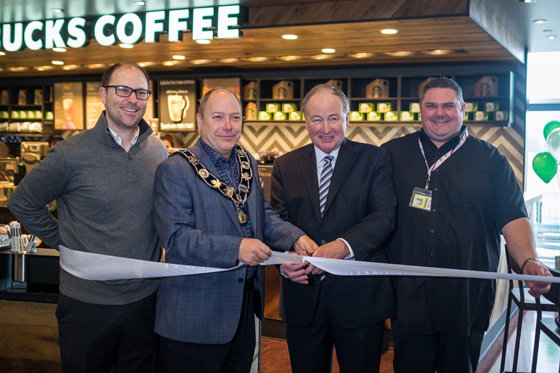 Queenston-Lewiston Duty Free, located on the Canadian side of the Lewiston-Queenston Bridge, opened a 1,600 sqf Starbucks at its land border duty free last week to attract new customers into the store.

“We want to draw more customers from the street into our store. It was pretty much a no-brainer when we thought about the options out there. Our store caters to that Starbucks customer. We didn’t feel like a Tim Horton’s would be a good fit for us,” says Operations Manager Chris Foster, who runs the store with his brother Jim and sister Katie.

Queenston-Lewiston DF previously had a local café where the Starbucks is now located and Foster feels the internationally-known brand is exactly what his store needs to increase sales.

“We focused on how we can optimize the experience coming into our plaza to capture the maximum amount of traffic. We hope to run a very successful Starbucks, but we also want to draw in the maximum number of customers so we can educate them about duty free and then convert them to shoppers.”

Store traffic last year was mixed, say the Fosters. While a stronger US dollar brought in more Americans, the threat of bad weather kept other customers home.

“2016 was a pretty good year. We were up a bit and there were probably a few more U.S. customers. 2017 is kind of hard to gauge. With talk of there being a terrible winter, traffic has been a bit flat because people have been concerned about the weather and that dictates their travel plans,” says Chris Foster.

In fact, the store has seen a change among one of its traditionally strong customer bases, Canadians driving to the U.S. to catch a flight who used the Queenston-Lewiston Bridge.

“The Buffalo airport has experienced a decline in Canadian passengers over the last 6-8 months probably in part to the dollar. More people are flying out of Toronto now because it has almost equated itself for airline travel cost-wise. I think those customers that the Buffalo airport was grabbing are starting to filter over to Porter Air and some of the discount airlines that you are seeing flying out of [local airport] Hamilton and Toronto.”

Despite the shift in passenger mix, the store’s best-selling product category continues to be liquor, although with more Americas passing through, Foster says that he is selling more premium brands

“Liquor accounts for 50-60% of sales at the store. Within that category, Grey Goose is doing very well. Whiskey seems to be selling better and better every year. Canadian whisky and low-end vodka seems to take a backseat when Americans are traveling more and scotch whisky, cognac, and American whiskey increase in sales.” 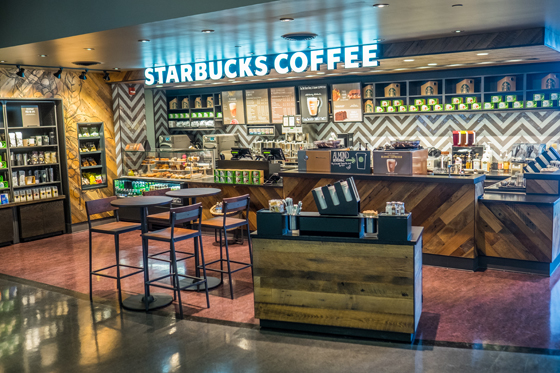