As many of our readers may know, Gisèle Bachand, founder of duty free store Boutique Hors-taxes de Philipsburg in Quebec, Canada, passed away on March 7th at the age of 92.

The amazing Gisèle opened the Philipsburg duty free store in 1988 at the age of 63–operating as president and buyer for more than 23 years. As reported by the Frontier Duty Free Association, many sup-pliers will remember Gisèle’s acute business sense, great insight for products and her keen understanding of style. She introduced many successful product lines that are available in the store today.

Boutique Hors-taxes de Philipsburg, which has been a family business since the very beginning, continues to be operated by Gisèle’s sons, Philippe and Pierre Bachand. Philippe shares some of his many memories withTMI about his mother and her legacy on the store she created.

“Mother grew up in the Lake Champlain area in Canada where her father ran a hotel by the lake during prohibition, so she had roots there at the border crossing,” recalls Philippe.

“She was a great traveler and was very familiar with duty free. So when she saw an ad for a duty free tender for the Philipsburg crossing in Quebec back in 1985, she applied for it,” he continues.

Gisèle won the bid, obtained the license and started to build the first store in November of 1987.

“This was not an easy task,” says Philippe, who along with his brother Pierre, has been in the business since day one.

He describes the effort that went into creating the original store.

“We had to find the proper land – we are very much in the country-side and it was woodland. We had to get the lease, and licenses since the land was protected by the ministry of agriculture. Then we hired an architect, built the store, and opened for business in May of 1988. We are open 31 years in 2019.

“My mother was the essence of the store. She was 63 years old when she started this business! And she started it from nothing. While she did not deal with customs and inventory, she decided what we would carry. She had very, very good taste, and she was very picky how she would merchandise the items in her store.

“If she didn’t like something, we couldn’t sell it. But she knew what she liked. We were the first ones to list Lenny DiCristofano’s Majorica pearls in Canada, for example. And she insisted on picking her own assortment.”

Lenny DiCristofano remembers Gisèle Bachand, who he met around 1990, with great fondness.

“Gisèle was one of my favorite people of all time,” he comments. “She was super classy, and so refined and elegant. She had a great eye for style, was very fashion conscience, and very in tune with the trends. She had that special gift.”

Gisèle Bachand, far left, and her team on the Croisette in Cannes during TFWA World Exhibition, circa 1990.

Recalling one of the first IAADFS Conventions that took place back in the Diplomat Hotel, in Hollywood, FL, Philippe Bachand says that Gisèle saw a bomber jacket in one of the gift stores that she wanted to list in the store.

“It was very colorful and like nothing you would see in Montreal. But she insisted we buy it for the store. We bought the jackets for $30, and sold them for $99, (you can find similar ones now in Montreal stores for $300-$400, he says). We sold thousands of these jackets. That’s the kind of lady (and retailer) that she was.”

After a couple of years business was so good that the Bachands had to expand. But then catastrophe struck. In 1999, Philipsburg had a fire that burnt the store down to the ground.

“Somehow my mother opened a temporary store on the property just five weeks later (I am not sure how she did that). We rented some classrooms in a near-by college for offices, we got in fixtures, a computer system, merchandising, everything, and it was one of the best seasons we have ever had!” says Philippe.

The family rebuilt, and the new store was opened in the year 2000. They expanded that store three years ago, and now have expanded again with a new warehouse. 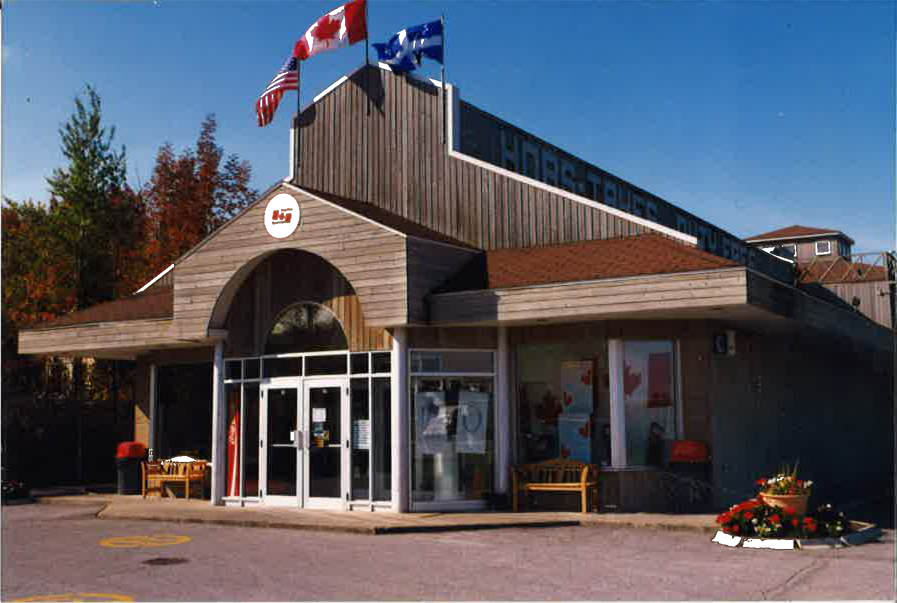 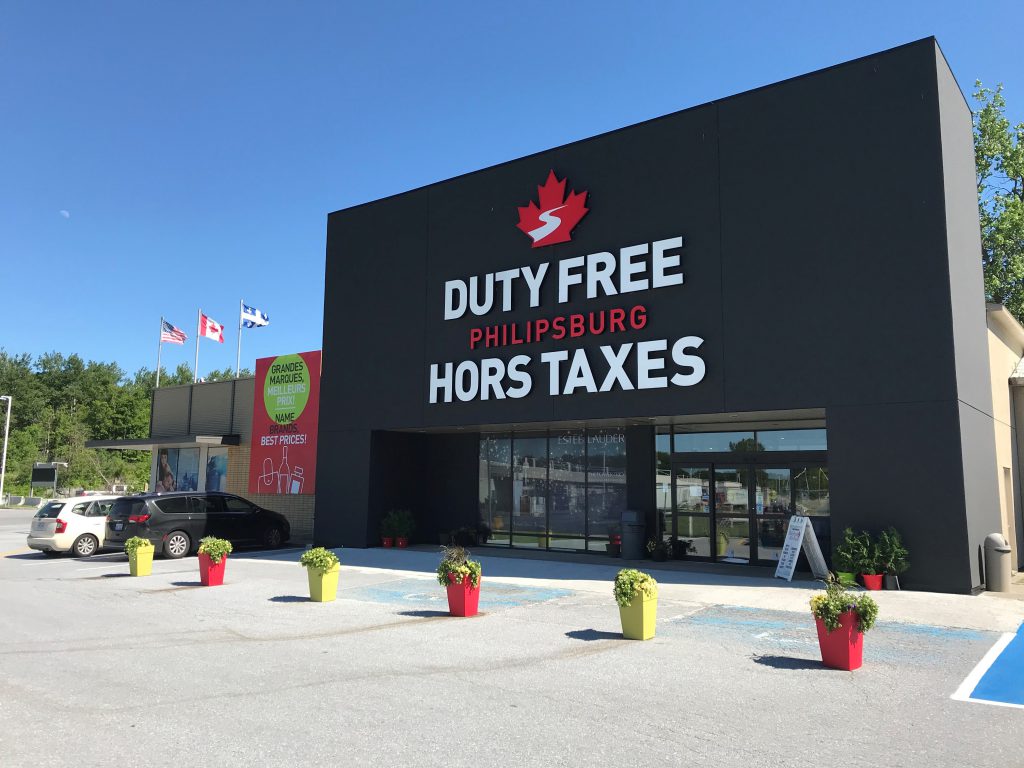 “My mother was always the essence of the store. What our store looks like today is because of her.

“We sold brands that no other Canadian border stores were able to carry, including some very fine, well-known French brands, such as Longchamps, and that business boomed. Because of that we are very strong in fragrances and accessories. We have a very nice clientele that travel between Montreal and Boston, for example, who frequent the store. Our accessories are unique and are a great addition to the duty free basket. And we are still trending in the category,” he says.

We at TMI share our sympathies and condolences with Philippe, Pierre and the entire Bachand family.

As an expression of sympathy, donations may be made in Gisèle Bachand’s memory to the BMP Foundation of the Brome Missisquoi Perkins Hospital: