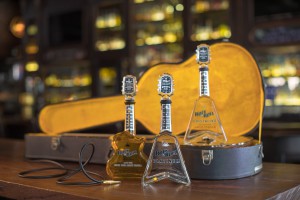 Rock N Roll Tequila, the triple distilled platinum tequila packaged in a glass guitar bottle, has taken to the seas with Carnival Cruiselines.

Scott Woolley, Partner & COO of RNR Tequila, says the expansion to Carnival is an important next step for the growth of the brand: “Being on Carnival gives Rock N Roll Tequila tremendous exposure for the brand to both the domestic and international consumer, where they have a chance to learn about and enjoy this superiortasting tequila. It is rare for a brand as young as Rock N Roll Tequila to have placement in such high-exposure duty free shops. Typically, duty free stores only carry very established brands,” Woolley told TMI.

“To add even more excitement, on the first day of each cruise on these ships, there is a Rock N Roll Experience in the shops and we have provided each store with boom boxes loaded with great Rock N Roll classics to play throughout the day, and the staff wears RNR hats and shirts that essentially makes them RNR roadies for the day.

“There is also a running raffle for RNR Backstage Lanyards for customers. Coupons are placed in each stateroom for guests to enter contests to receive RNR Tequila and gear.

“It is our hope that the passengers carry the excitement of Rock N Roll Tequila back to their homes where they continue to enjoy the brand for years to come,” he said. Rock N Roll Tequila, which was launched earlier this year and is rolling out its “Serve Loud” tour is select cities in the US, is hoping to be on all the Carnival ships within the next 12 months, says Woolley.

Along with the unique guitar shape, each bottle comes with a patented, 50 ML bottle top known as a “roadie” which provides an extra two shots of platinum tequila.

“We are thrilled to be a part of a rare new item that has both the juice and packaging needed to be pulled through the market by the consumer; and not pushed into the market with A&P. Rock N Roll Tequila has an immediate impact visually while touting a very high quality flavor,” he told TMI.