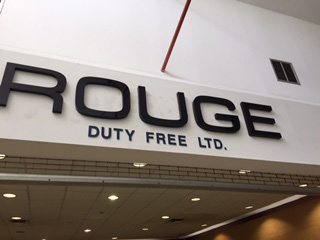 Since Buenos Aires-based Perfumerias Rouge announced it was expanding into the Caribbean and launched its first stores in Grand Cayman in July of last year, it has opened new stores on four islands and is on track to deliver 15 stores within the first two years.

And these are not just any stores. Rouge is recognized for designing elegant retail shops that feature a distinctive portfolio of brands and a luxurious style of retailing.

In addition to two stores operating in Grand Cayman and a water-front perfumery in St. Thomas, Rouge’s Duty Free Retail Caribe Group division has significantly expanded its operations in Grenada. 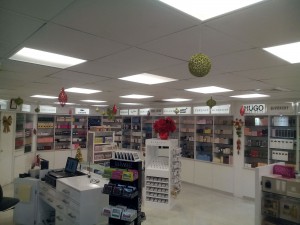 Since taking over the operation of three stores on the exclusive British West Indies “Spice Isle”  known as a favorite for the yachting crowd, Rouge was granted the concession to operate the duty free concession at the new second level of Grenada’s Maurice Bishop Airport.

Rouge will open six stores on the second level this Fall, and will begin operating immediately using gondolas and temporary stands until the shops are fully constructed, says Kattoura. Rouge will also continue to operate its existing store on the first level of the airport, and will be opening a new arrivals store in 2017. 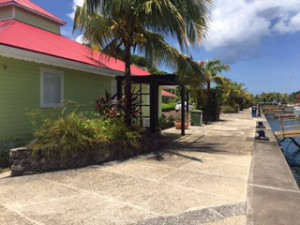 In addition to the new airport stores, Rouge Grenada has finished constructing its flagship store at the prestigious Port Louis Marina. This shop, carrying a full array of duty free products, is scheduled to be open by October 2016.

Rouge is also adding three new shops at Grenada’s Spiceland Mall in the capital city of St. George’s. These shops will be located in the new section of the Mall under construction, due to open next March.

“Our expansion with Rouge Grenada makes us the Island’s largest and most prestigious operator,” comments Marco Bordoni, who heads up the family-owned company’s Caribbean expansion.

Even as its Grenada operations develop, DFRG, operating as Caymania in Grand Cayman, continues to upgrade its stores there. The downtown store opened its concierge service division, and recently inaugurated an in-store Spa for the upscale skincare brand Valmont. Caymania is the only duty free operator at this time selling Valmont and its Spa is the only one Valmont has in the duty free channel.
Caymania’s store at Royal Watler Cruise Terminal is the exclusive duty free shop there, where it sells fragrance, skin care and jewelry.

The Rouge St Thomas shop is also being renovated and will have a new look by November 2016, says Kattoura, who confirms that the company has more very exciting projects on the horizon.