The reborn FAO Schwarz has broadened its retail footprint beyond its U.S. base to include a global audience using travel retail much like a launching pad.

With a flagship store opening in Beijing, China, earlier this year and London and Dublin openings scheduled for October 22 and 30 respectively, the potential for the FAO Schwarz experiential toy brand in global travel retail is clear, says exclusive global channel distributor SKYlink, which has very high expectations for the brand.

Listings have already been secured with DFS in 10 of its Galleria stores, and negotiations are in process for a number of key airport and cruiseship locations. 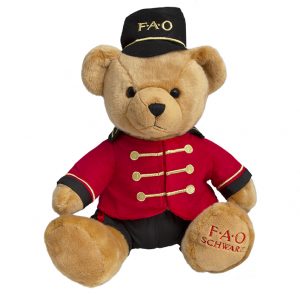 FAO Schwarz, an American icon before its New York store became famous globally in the 1988 American fantasy comedy film BIG, is again in the limelight thanks to Big–The Musical Review, currently playing in London.

He sees travel retail as a natural outlet for expansion, alongside its domestic growth plans, which will place FAO Schwarz as a leading high-end toy retailer across the globe.

“We were delighted when FAO Schwarz approached us to represent them in global travel retail. This is a brand whose belief in experiential marketing is perfect for the channel; and while other toy suppliers have fallen by the wayside in the face of e-commerce competition, FAO Schwarz is going from strength to strength,” said Fitzpatrick.

Next month, Arnott’s in Dublin is devoting an entire floor to a 6,000 sq ft FAO Schwarz store. More are also planned for Canada.

SKYlink has selected a core line of around 30 items that reflect the DNA of the brand display mechanisms that enable retailers to build a truly experiential offer for travelers, says Fitzpatrick.

Listings commence with DFS Galleria in time for the Christmas campaign at outlets in Cambodia, Hawaii, Hong Kong, Macau, Singapore and Vietnam. 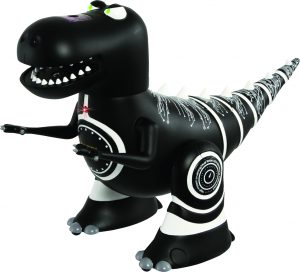 “At SKYlink our modus operandi is to offer a portfolio of brands that stands apart from others available to retailers. FAO Schwarz is a perfect example of this and we’re very excited about the potential for this historic and iconic brand in travel retail,” adds Fitzpatrick.