The recent opening of the Vera Bradley Boutique at Los Angeles International Airport in Terminal 1 represents more than just a new shopping destination for LAX travelers.

The milestone opening is Stewart’s first independently owned and operated store. She currently employs seven people at her LAX location. 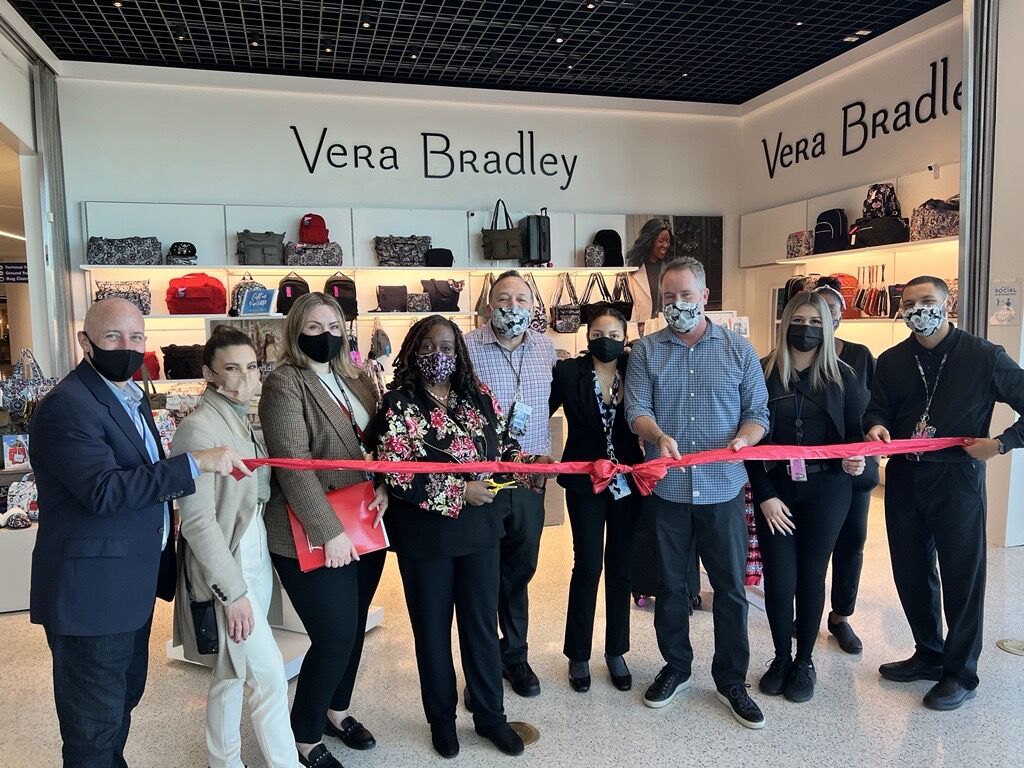 “Owning and operating my own store at LAX is a dream come true,” Stewart said. “When I started as a retail sales manager at LAX, I only dreamed of owning a store at one of the world’s largest and busiest airports in the world. Now I am living that dream.”

Located in Terminal 1, home to Southwest Airlines, the store features a variety of Vera Bradley merchandise, best known for its quilted cotton luggage, handbags and backpacks with colorful designs. The store also offers a selection of Pura Vida hand-crafted bracelets and jewelry.

Chris Adkins, URW’s Director of the Advance Network initiative, noted that LAWA and URW continue to partner to bring more small and disadvantaged operators into the airport.

“We are thrilled to see Apryl open her first independently-owned store here at LAX,” Adkins said. “This is a great example of how a minority woman who has worked her way up in the business has evolved to the next level of owning and operating her own unit. We are lowering the barriers of entry and are seeing great success with many new businesses in our programs.”

Stewart began her career in the airport business more than 20 years ago. Starting as a sales manager for DFS, she worked her way up including roles as a merchandise buyer and assistant general manager at LAX’s Tom

Bradley International Terminal. Stewart then worked for Concourse Concessions as the director of retail.

While working for DFS, Stewart noticed a plaque stating the store was owned in a joint venture partnership with DFS.

She inquired about partnership opportunities and was then introduced to the Airport Minority Advisory Council where she subsequently represented DFS at conferences.

Her exposure to women and minority business owners helped her realize her dream of owning her own store was possible. Soon after, the first-generation entrepreneur created Skyview Concessions.