There has been a major realignment of the spirits distribution business in North America, including the Caribbean and Canada.

The new company, Southern Glazer’s Wine and Spirits, LLC will distribute more than 150 million cases of wine and spirits annually, cover nearly 90% of the legal drinking age (LDA) population in the U.S., employ more than 20,000 team members, and have operations in 41 states plus the District of Columbia, the Caribbean, and Canada. The company will 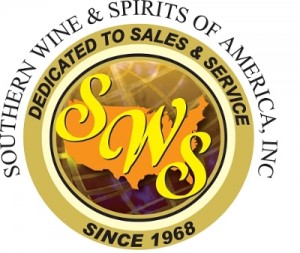 be headquartered in Miami, with significant ongoing operations, systems, executives, and team members to be based in Dallas.

The new company’s leadership team and Board of Directors will be composed of representatives from both Southern and Glazer’s.

Harvey R. Chaplin will serve as Chairman, and Bennett Glazer will serve as Executive Vice Chairman. Wayne E. Chaplin, who will serve as Chief Executive Officer, will be responsible for setting the company’s overall strategic direction and day-to-day commercial and operational execution. Sheldon (“Shelly”) Stein as President will be responsible for leading business development, merger and acquisition activities, and long-term growth initiatives on a global basis, and will assist with the strategic direction of the company as well as select key supplier relationships.

Southern and Glazer’s have highly complementary cultures and the new combined Southern Glazer’s Wine and Spirits will be the first truly cross-continental wholesaler, says the company.

Bacardi announced this week that it has signed a spirits distribution deal with the new Southern Glazer’s that is reported to be worth an estimated $1.3 billion in revenue.

Southern Glazer’s is expected to reach around $17 billion in annual sales with the merger and the Bacardi deal, according to the South Florida Business Journal.

The transaction is expected to be completed in the second quarter of 2016, subject to regulatory approvals. The majority of Glazer’s malt beverage distribution business is not included in the deal.