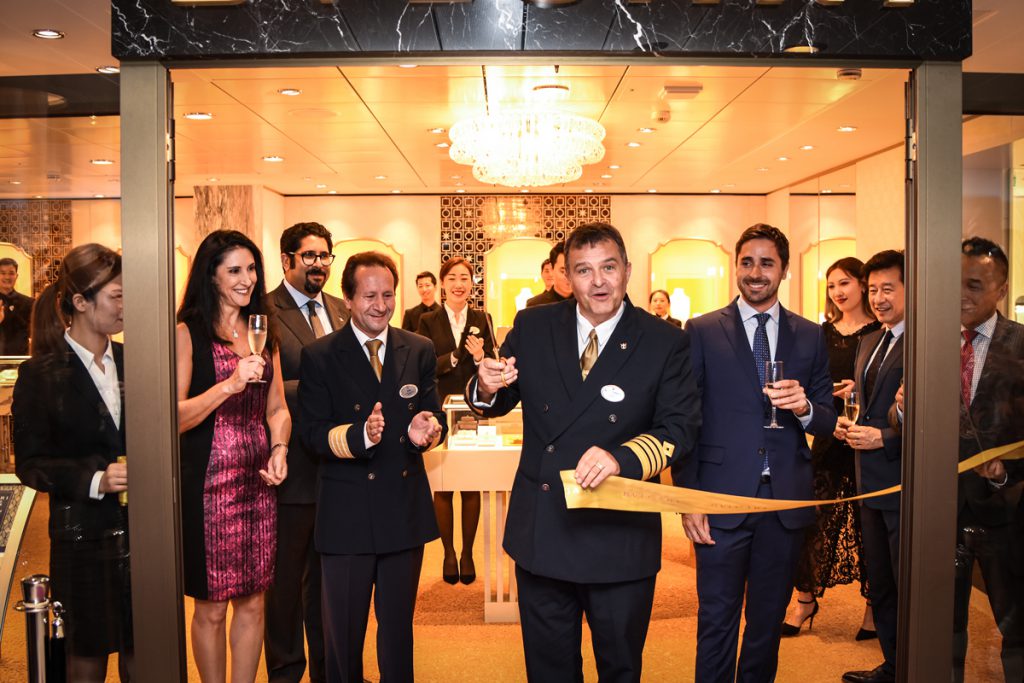 Among the highlights, Starboard has introduced The Boutique, a shopping area limited to guests staying in the ship’s Golden Suites, where guests book shopping experiences with a retail specialist or host for an intimate look at the ship’s offerings in a luxurious setting. 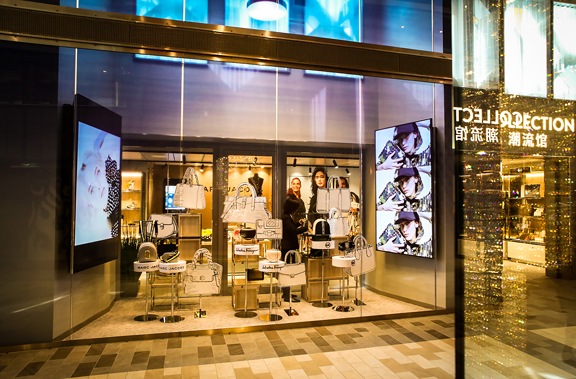 The Collection Shop onboard Royal Caribbean’s Spectrum of the Seas

Spectrum of the Seas carries Marc Jacobs and Titoni of Switzerland, two brands that have never before been available on the Royal Caribbean fleet. Other firsts-at-sea in Asia include Breitling and Jo Malone.

Beauty Avenue has the largest dedicated beauty space in their fleet and features Asian and international brands.

Spectrum of the Seas will carry Asia’s largest collection of exclusive Royal Caribbean branded merchandise when the assortment debuts in August.

Spectrum of the Seas features an 890-square-foot Bvlgari boutique, the largest ever designed by Starboard and the biggest at sea in Asia. Other luxury spaces include Tiffany & Co. and Omega boutiques, as well as a Cartier Espace. 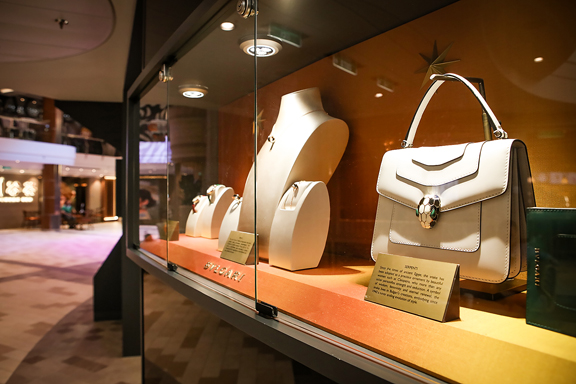 Guests can explore Bvlgari’s latest Roman-inspired collection in an 890-square-foot Bvlgari boutique, the biggest at sea in Asia.

International brands that are especially sought after by the Asian market are also included: Salvatore Ferragamo, Michael Kors, IWC and Jaeger-LeCoultre.

Starboard is also focusing on creating exceptional guest experiences, building immersive and engaging connections through events, activations and product showcases that bring each brand to life: 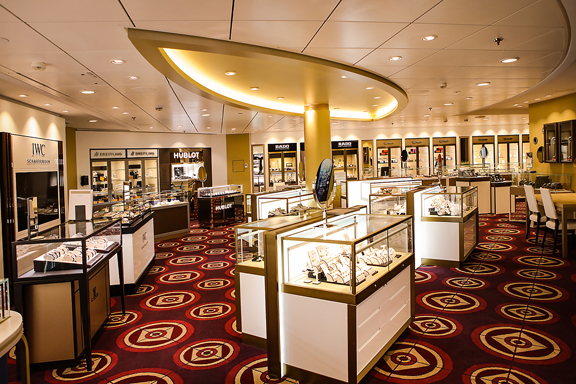 In honor of Spectrum arriving to her new home, the cruise line held a grand naming ceremony with Chinese celebrities and Royal Caribbean brand ambassadors, Xiaoming Huang and Angelababy, in attendance.

Spectrum’s historic milestone is on the heels of Royal Caribbean’s 10th anniversary in China. Building on years of success with Quantum and Ovation of the Seas, RCL says that the arrival of the largest and most expensive cruise ship in Asia will continue to raise the bar and lead the Chinese cruise industry into a new era. The ship has a capacity for 4,246 guests.

Starboard has collaborated with Royal Caribbean on all three ships in the region, culminating in Spectrum of the Seas, Royal Caribbean’s first purpose-built ship for the Asian market.

“Starboard partners with the most innovative cruise lines in the world,” stated Derek Wong, Starboard’s Vice President & General Manager, Asia. “Similar to Royal Caribbean, which is celebrating its tenth anniversary in Asia, Starboard has more than a decade of cruise retail experience in the region. Our alliance is uniquely suited to offer guests the exceptional experiences they seek in this increasingly important market.”