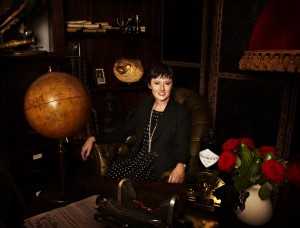 William Grant & Sons today announced that Stella David will step down as CEO at the end of February 2016. She will be succeeded by current chief commercial officer, Simon Hunt.

David joined the independent family distillers in August 2009 and has overseen impressive growth of the company, over-seeing the acquisition of Tullamore D.E.W. Irish Whiskey and Scotch whisky liqueur Drambuie. She also delivered great growth for brands such as Hendrick’s gin and The Balvenie single malt Scotch whisky.

Simon Hunt has been with WGS since October 2007, initially as managing director, North America. In April 2013 he was promoted to chief commercial officer. Hunt will take over the role of chief executive on March 1, 2016 and David will continue in an advisory capacity until the end of May.

Glenn Gordon, William Grant & Sons Chairman, said: “We are all very grateful for Stella’s enormous contribution to the business in recent years. In particular, she has brought an exceptional level of energy and drive to our business, while significantly enhancing the premiumness of our brands and their appeal to consumers.”

David will now focus on building upon her existing port-folio of non-executive director-ships, including C&J Clark Ltd and HomeServe plc.