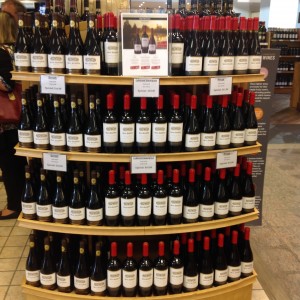 Quebec’s Importations Guay Ltée held a major wine promotion this past summer with Philippe Dandurand wines that generated huge excitement at the point of sale, boosted sales and customer satisfaction and introduced the brand to a broad new audience.

The promotion – which offered a deep discount on three wines from Max Reserva Errazuriz – was a totally new type of promotion for IGL, Vice President Justin Guay tells TMI.

“Our usual wine promotions are between a dollar or two off per bottle. For this promotion, we featured three Max Reserva Errazuriz wines — two of which were newly introduced in our store –that range in price at the SAQ for between $18.95 and $19.95, and we offered them for between $10 and $11.

“That is a major savings, especially with wine. We placed the product on a front entrance end isle so that there would be high visibility and ample room for the increased product demand that we were expecting,” said Guay.

The promotion was so successful that Guay says they had difficulty keeping the display stocked. The isle also featured general and individual signage with information about the three wines, including the SAQ price, the regular store price and the special promotional price. IGL also held a training prior to the promotion so that staff could knowledgably describe notes and make suggestions.

“Quebecers are well known for their love of wine but this promo also allowed Americans to take part. American wine prices are extremely competitive and it can be difficult for us to compete with them at times. This promo allowed us to do just that and allowed Max Reserva to introduce their wines to a wide variety of consumers.”

This Promotion lasted from June until the end of August 2015 and Guay says that sale “increased astronomically,” up 3006% from summer 2014 to summer 2015 with the promotion.

“We are extremely satisfied with this promotion. It catered directly to our Quebec wine buyers and also included the US market. This was definitely a win-win for our store and the supplier. The brand is now recognized by more people and this applies whether or not they purchased a bottle in store. We look forward to seeing what will be taking place at IGL next summer!”