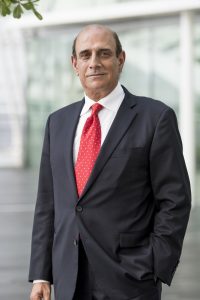 Sunil Tuli has been elected as the new President of APTRA (Asia Pacific Travel Retail Association), a position he previously held for three consecutive terms from 2007 until 2013. Tuli, a founding board member of APTRA, is Group Chief Executive of King Power Group (Hong Kong) and considered one of the most experienced and respected senior executives in the global Travel Retail industry.

Tuli is replacing current APTRA President Grant Fleming, who is stepping down from his presidency of APTRA as he prepares to leave his position as Head of Strategic Development – Asia at Lagardère at the end of April 2020. He will be taking a new role with a global business outside Travel Retail.

Commenting on Grant’s departure, Sunil Tuli said. “On behalf of the APTRA board, I’d like to wish Grant every success in his new venture and to thank him for his leadership since May 2019, especially during the unprecedented challenges of the last 3 months. 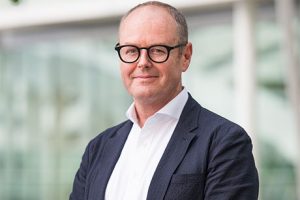 “Grant has spearheaded APTRA’s campaign across Asia Pacific, making a powerful case for the vital role Travel Retail plays in the wider economy in terms of employment and contribution to GDP.  His drive has focused on gaining Government commitment to include Travel Retail in financial support packages, engaging valuable news media across the region and galvanizing greater involvement from APTRA members such as equipping them with the tools to target governments direct. I will build on Grant’s call to action and am asking for the support of everyone in the travel retail community.”

Tuli continued: “There has never been a more critical time for all industry players to work together and, if you’re not involved in supporting our various associations, then please consider how you could help. APTRA is at its strongest member number since inception 15 years ago, meaning we have a tremendous power base to harness when our members join with APTRA to actively target their governments and political contacts, adding to the volume that Travel Retail must be included in financial support measures for the aviation industry.”

Commenting on his departure from the Travel Retail industry, Grant Fleming said: “The last 15 years have been tremendously exciting for the industry and I’ve had many rewarding opportunities, especially with Lagardère Travel Retail – an inspiring business with great leadership, boundless ambition and extensive creativity – during a transformational journey as one of the world’s leading travel retailers and F&B operators.

“I have witnessed a dynamic, positive shift of the Travel Retail industry and have enjoyed being part of those changes on a global stage.

“Representing APTRA as President has been an enormous honor. I’m pleased to pass the reigns to Sunil’s capable hands. Despite the current crisis, Travel Retail in Asia Pacific is, without question, the most dynamic region in this industry and I have every faith in its potential to recover and grow even stronger, sooner or later.

“In these tough times, I want to encourage all businesses in Travel Retail to be more actively involved in the campaign right now. Here in Asia and the Pacific the industry is stretched by the diversity of its players, broad geography and the wide spectrum of political stake-holders. I believe the unique, collective view and commitment of independent associations such as APTRA, and our sister associations around the world, acting for all aspects of the industry, are essential – now is the time to support the industry; your individual actions and responses will be all the stronger for sharing expertise and working together.” https://www.aptra.asia/