L’Oréal Travel Retail has taken Armani’ Beauty’s iconic Armani World Cinema Tour across America’s top airports from Rio de Janeiro and Buenos Aires to Los Angeles and Toronto. The Cinematic HPP embraced the true spirit of the global traveler with the participation in one of the most prestigious International Film Festival, two pop-ups and the […]

The 3rd edition of the Curaçao Tennis Legends, a yearly event organized by Team TOC and Penha Duty Free, took place this year on December 13-14 in Santa Barbara Beach & Golf Resort in Nieuwpoort. Caribbean retailer Penha Duty Free and Shiseido Skin Care, distributed by Essence Corp, were sponsors of the event. The tournament has become […]

Libre, the new women’s fragrance by Yves Saint Laurent, is setting Travel Retail ablaze across the globe, reports L’Oreal Travel Retail. A grand floral Eau de Parfum, Libre follows the trail-blazing heritage of YSL perfumes beginning with Rive Gauche in 1971, Opium in 1977 and Paris in 1983. A gender-bending take on the classic men’s […]

French luxury beauty brand L’Occitane has teamed up with Plastic Odyssey to support its three year sailing expedition to raise awareness of plastic pollution in the oceans. The 40,000 nautical mile journey will feature 33 stopovers on the most polluted coasts of Latin America, Asia and Africa, where the crew will demonstrate the economic value and […]

The Estée Lauder Companies has announced the promotions of two key leaders within the Travel Retail business — Israel Assa and Javier Simon — reflecting the growing strategic importance of the channel to the company. Both Assa and Simon are familiar to the industry in the Americas, as they held senior positions in ELC’s travel […]

The Estée Lauder Companies launched its annual Breast Cancer Awareness Campaign on October 1, a program the company has spearheaded since 1992. Committed to saving lives in its mission to create a breast cancer-free world, ELC has been a leader in the global breast cancer movement since Evelyn H. Lauder co-created the Pink Ribbon and […] 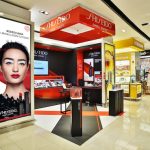 Beauty company Shiseido, which counts several high-end luxury brands within its fragrance and cosmetics portfolio, reports results that are well above market trends, particularly in the travel retail Americas channel. The Miami-based division of the giant Japanese company, which recently moved into its stunning new office space in the heart of Miami’s Brickell Avenue, […]

Following the very successful launch and rollout of last year’s star fragrance Givenchy L’Interdit EDP, which the company says enjoyed an “impeccable execution” in terms of aligning with the couture, the LVMH brand is now extending its momentum with two major product introductions. This September, Givenchy launches L’Interdit EDT, the continuation to last year’s fragrance […] 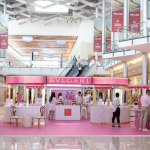 When Jean-Christophe Babin was named CEO of Bvlgari in 2013, he had a clear mandate to enhance the reputation of the iconic Italian luxury brand as a leader in jewelry, watches, and accessories. He brought with him 13 years of experience at the head of LVMH’s hugely successful TAG Heuer watches and a desire to […]

Rituals is returning to TFWA World Exhibition with a brand-new booth (Riviera Village, RC4), where it will present its latest innovations and new travel retail furniture. Specially created for travel retail, the furniture includes a new gondola, gifting fixture and Chinese cabinets. This new furniture will allow the brand to present an extended product assortment, […]

Chopard’s Haute Parfumerie Collection first unveiled in Cannes in 2017 is now rolling out in select travel retail markets in the Americas. The celebrated Swiss jewelry brand established its own fragrance house after more than two decades of partnership with Coty, guided by the philosophy that places ethics and sustainability at the heart of its […]

DFS Group will transform 25 of its DFS and T Galleria by DFS stores into a whimsical wonderland of beauty treats this August during its sixth annual First Class Beauty campaign. The luxury travel retailer will bring the best of beauty to traveling customers and feature exclusive products and POS experiences from more than 40 […]

Lancôme has unveiled a new feminine fragrance, Idôle, which Françoise Lehmann, Lancôme Global Brand President, said is created for a new generation of women. American actress, singer, and fashion authority Zendaya Coleman is the face of the new fragrance. The former Disney Channel-star was announced as a Lancôme ambassadress last March. Idôle, a musky chypre […]

The Estée Lauder Companies continues to build on its legacy as a family company founded by a woman, for women, by promoting Sara E. Moss to the newly created role of Vice Chairman. Moss is currently Executive Vice President and General Counsel and will continue in her role until a successor is named at a […]