The Panama Maritime Authority has announced the tender for the operation and maintenance of the cruise terminal on Perico Island. The terminal is located at Panama City’s Amador Causeway, near the Pacific entrance to the Panama Canal. In this phase of the project, the terminal will be able to berth two large ships up to 380 meters/1,247 […]

The Pacific Coast may well be the next big thing in cruise, according to the Rise of the Pacific Coast of the Americas panel at the Seatrade Global Cruise event in Miami last week. Moderated by Anne Kalosh from Seatrade Cruise Review, the panel featured John Binkley, Cruise Lines International Association Alaska; Phil Crannell, Ports & Maritime Group […]

Abdul Waked, founder of former leading travel retail company Grupo Wisa, has filed a multi-million-dollar lawsuit against the National Bank of Panama (BNP), claiming damages, loss and loss-of- profit stemming from actions taken after Waked and his businesses were included by the U.S. Treasury Department on the “Clinton List” for activities linked to money laundering […]

Tocumen International Airport is not the only major structure being improved in Panama. The Colon 2000 cruise terminal, located on the Atlantic side of the country at the entrance to the Panama Canal within what is billed as the world’s largest free zone, is undergoing a major upgrade that will include a massive rebuild and […] 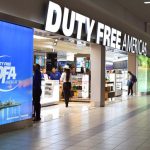 Panama’s Tocumen International Airport is going through a major transformation, driven in large part by the new stores recently opened by Duty Free Americas. The makeover is immediately visible as travelers pass through Tocumen’s main security checkpoint in Terminal 1where they are greeted by two brightly lit, welcoming Duty Free Americas stores sporting a […]

Motta Internacional and Duty Free Americas have each won a block in the duty free tender at Tocumen International Airport’s Terminal 2. The 10-year contracts cover the operation of multi-category duty free stores in Tocumen’s new terminal, which is scheduled to open in the first semester of 2019. The new terminal will increase capacity at […]

Some of the newest duty free stores in the Americas were opened over the past few months at Panama’s Tocumen International Airport. The new stores began opening in April, after Duty Free America had been awarded two of the three blocks of the commercial area in Terminal 1 and Attenza Duty Free, operated by Motta […]

Following Albert “Pancho” Motta’s tragic death last year, Motta Internacional has now reassigned some roles within the company in some of the businesses outside of Motta Internacional. “We all miss Pancho terribly but we are organized to go forward,” said Motta Internacional CEO Erasmo Orillac. Under the Attenza Duty Free brand, Motta currently operates […]

Tocumen SA, the airport management company at Panama’s leading international gateway is set to confirm details of the duty free tender for the airport’s North Terminal. After 2 years of planning with London based Pragma Consulting, Carlos Duboy, the recently appointed airport general manager has published the initial tender details and is expected early next […]

Panamanian newspaper La Prensa last week reported that Grupo Wisa duty free operator Abdul Waked, who was accused of activities related to money laundering and drug trafficking by the United States in May, has filed a lawsuit against the Office of Foreign Asset Control (OFAC) of the U.S. Department of the Treasury. La Prensa said […]

More than 230 cruise ships will transit the Panama Canal during the 2016-2017 cruise season, which begins on October 4, 2016 and runs through April 2017. The new season begins with the transit of the Coral Princess, on a voyage from Los Angeles, California, to the U.S. East Coast, according to international trade specialist Albano Aguilar of […]

The heir of a proud legacy and pioneering spirit has passed away   It is with profound sadness and immense shock that we confirm the news that Alberto “Pancho” Motta, Jr., Director of Motta Internacional, passed away this morning at his home in Panama. Many of us in the industry spent the last week with […]

Panama’s Tocumen Airport administrators in Panama are negotiating with Citi to structure and launch the second bond issue in two months in order to complete financing for the expansion of the airport’s South Terminal, reports prensa.com. The goal is to sell the entire issue on the international market before the end of this year, and […]

Panama—whether seen as a crossroad, a hub or a bridge –has developed into a trade and finance, distribution and logistics center for the entire Western Hemisphere. It is also the home base of three of the most important travel retailers in the Americas. Offering political stability, a central location in the Americas and U.S. dollar-based […] 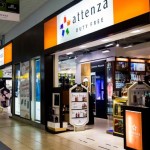 As the pioneer duty free company in the Americas, Motta Internacional holds a special position in the development of the industry. From its humble beginnings back in 1949 when the original Motta & Motta opened the first duty free store in the hemisphere in Panama, today Motta Internacional and its affiliated companies encompass over 2,000 […]