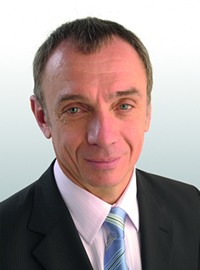 Alain Maingreaud was elected President of the Tax Free World Association (TFWA) Management Committee at a meeting in Paris earlier today, ushering in a new era for the global industry Association. He succeeds Erik Juul-Mortensen, who steps down after a 19-year tenure as President. The position will run for one year.

Maingreaud won the election against a field of four very strong candidates: in addition to Alain, Gerry Munday, Thom Rankin and Andrew Ford, all presented “clear and credible proposals to take the Association forward,” said the official announcement released today.

Commenting on his election, Alain said: “I am delighted and honored to be appointed President of TFWA, especially following an election with such strong candidates. I am very grateful for the support I have received from the Management Committee, and look forward to beginning work in earnest.

“I have, of course, a hard act to follow. Erik helped create TFWA and has worked tirelessly to nurture and promote the Association and indeed the wider industry – something which I embrace and would like to continue in the same spirit.”

Eric Juul-Mortensen commented on the election: “It has been a genuine honor and a privilege to serve as TFWA President. I wish Alain every success in this very rewarding and sometimes challenging role, and I know that he will enjoy the full support of the Board and Management Committee.

“I am proud of what TFWA has achieved during my time with the Association, and of the contribution it has made to the development of the duty free and travel retail industry. I am greatly indebted to the members of the TFWA Board and Management Committee, past and present, for their support, counsel and encouragement, through good times and bad, and for the support and friendship of TFWA’s partners around the world, notably in Cannes and Singapore, where I have many memories to treasure.

“My wider thanks go to everyone in our industry for their support during my time as TFWA President. We have the good fortune to work in a global business that is constantly challenging, continually evolving, and always rewarding. I trust that TFWA will continue to play a positive role in helping all duty free and travel retail companies reach their full potential, and encouraging all to work together to the benefit of the traveling consumer.”

Alain Maingreaud has extensive experience working with TFWA, having joined the Association in 1995 as Commercial Director. He was elected Managing Director in 2010, with responsibilities for the day-to-day management of the Association and implementing its medium and long-term strategy. 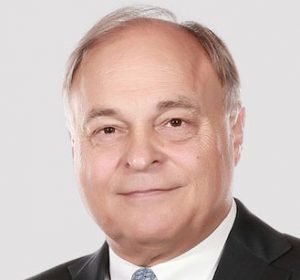 Erik Juul-Mortensen, one of the original founders of TFWA, became a member of the Management Committee following the establishment of the Association in 1984, representing the White Spirits category. Apart from a period in 1997-99, he has served as a member of the Board during the majority of that time. In September 1999 he was asked to take over the role of President of the Association, and was re-elected to the role each year until stepping down this month.

A founding member of TFWA and a member of its Management Committee since the inception of the Association, Juul-Mortensen served as Vice President of the Board from 1986 to 1997. The election to President followed in 1999.

Following the acquisition in December 1999 of Danish Distillers by the V&S Group in Stockholm, Juul-Mortensen transferred to the newly created V&S International Brands in Stockholm as Senior Vice President and Commercial Director. In 2003 he was promoted to President of V&S Global Duty Free with responsibility for the entire V&S portfolio including ABSOLUT Vodka in the global duty free market.

TMI will present a full interview with Erik Juul-Mortensen, where Eric looks back on some of the highlights of his nearly two decades at the helm of the Association in a future issue.