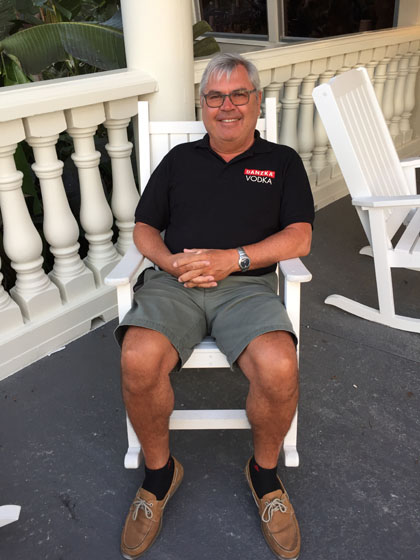 The Summit of the Americas in Orlando, March 2018 will be my good-bye to the Americas Duty Free and Domestic trade after many years of fantastic events and experiences. My debut was back in 1989 at the last IAADFS show held at the Diplomat Hotel in Hollywood, Florida. Those days I worked with Hiram Walker together with business icons like Lars Johansson, Don Coe, Evan Sharp, Deborah Golden, Alberto de la Iglesia, Salvador Carvalho and Bill Richards.

I was – as always – based in Copenhagen Denmark and was globally responsible for Weitnauer, which was the reason why I attended the show since Weitnauer at that time had the Sun-Coast operation in Florida and the Newark Duty Free concession.

At that time of my business life, the “B” was the dominant letter – Ballantine’s, being the #1 core brand and a serious contender to Johnnie Walker to be #1 Scotch worldwide. 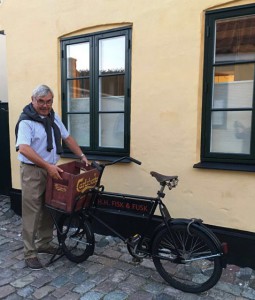 My career did not start with “A” but with “C”. The C was for Carlsberg. I joined the company as a 17-year-old apprentice in 1973 and received a good all-around education combining day school, evening school and work in 8 different departments.  This apprenticeship led eventually to permanent employment in the International Division, Carlsberg International A/S, where I joined the area covering Nordic and Duty Free.

I attended the first ISSA convention in the late seventies and first Tax Free Symposium in 1980 in Monte Carlo. These years gave me basic fantastic experience in most ways – working in established markets like the Scandinavian market with agents/brokers, canvassing ship chandlers in South Europe, working with Heinemann in Germany (actually since 1979); and working in Greenland and Iceland both with the markets and the American Bases there. I brought Draft beer to Thule in the extreme North — those were funny days.

Lars Johansson contacted me in 1984 to see if I would be interested in joining Hiram Walker. After a good year we agreed on the details and I joined him in 1986. What a change!! It was very dramatic to come from a big but very Danish company with international business, into a streamlined global organization consisting of a brilliant line up of super people (I really felt like a country boy initially). But the following 12 and a half years provided a world of brutal experience, because there was drama at all times. Hiram Walker was sold a few months after I joined, and then began the endless period with mergers and buy outs. We did not get new business cards every week – but close!

These years provided me with deep experience in all European business, especially Travel Retail but also home markets and global key account management; I held board positions within Allied Domecq in periods and worked with almost all types of alcohol products (except Vodka!). My experience ranged from the wine estate of France’s Château Latour to China’s Hua Dong Winery and from Kahlua to Laphroaig. But all good things come to an end. Duty Free was abolished within the EU resulting in several of Allied Domecq employees being asked to leave – including me. 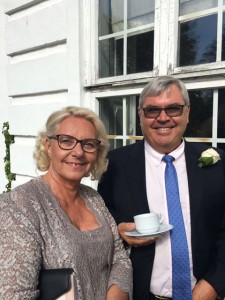 Torben’s constant throughout his entire career has been “H,” his wife Helle.

I left at the end of 1998 and was unemployed for seven months in 1999 – a lovely break after a not too pleasant departure from AD. At that time, Lars had also left Allied and we seriously discussed a partnership for Europe for IUI brands, Lars Johansson and his wife Beverly’s upcoming very successful company. But then suddenly Erik Juul-Mortensen contacted me and asked if I could take a temporary position with Danish Distillers as DD was up for sale and some of their young hopeful area managers had left the company.

I did not think I was mentally ready to start up my own operation, so I accepted Erik’s offer of this 3-6 month temporary position. However, luckily, it was made permanent after a few months – where after Danish Distillers was acquired by Swedish monopoly Vin and Sprit.

And so my “D” for Danzka began a few months later, enriched with an “A” for Absolut, kicking off approximately six great years with me in charge of both brands. Not long after the takeover, Vin and Sprit’s Claes Fick founded V&S International Brands, with me reporting to Erik. I was given DF/TR responsibility for the Americas duty free from North to South. This is when my close relations with the Americas really began, with intensive traveling from Canada to Tierra Del Fuego. North America was really an Absolut Powerhouse and Central /South America was a very important Danzka Vodka region. Eventually both brands did well all over the Americas Duty Free market; and with the addition of Cruzan Rum to the portfolio, we were really dominating white spirits in all segments, Cruises, Borders, Airports, Inflight, and Caribbean.

Then Danzka Vodka was sold in 2006 when Sweden started to privatize V&S. Both Danzka and I landed with French Belvedere Group for 7 years, where a Danish-based subsidiary managed Danzka with mixed successes. In 2013 we (Danzka and I) were sold again, now to wonderful Waldemar Behn GmbH in North Germany, and I really believe that Danzka Vodka has found its final home. 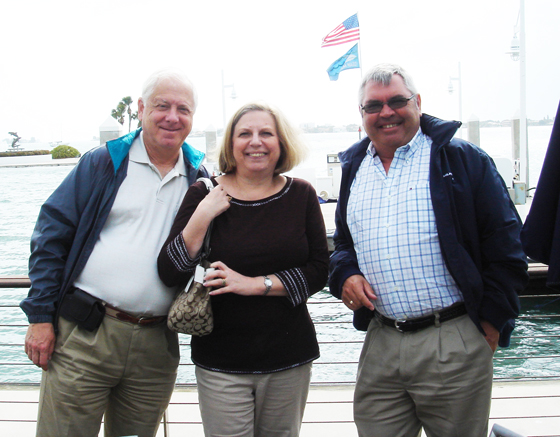 George and Katrin Sternberg with Torben – Mr. DANZKA – Andersen.
Waldemar Behn has announced that George Sternberg, its U.S. broker for almost a decade, has decided to retire. “We thank George and Katrin for their invaluable support and friendship and wish them all the best for the future,” says Torben V. Vedel Andersen, Global Sales Director.

Now, 5 years later I say good bye to business and friends in the Americas duty free by attending the Orlando Summit – as always with Helle, my lovely wife though 40 years this summer. I will continue working with Waldemar Behn in other parts of the world for three more years though.

Thank you for all the great moments in the Americas to each and every one that I have had the honor and pleasure of working with these many years and in 91 countries. My Life’s ABCD ends with a fond Farewell.