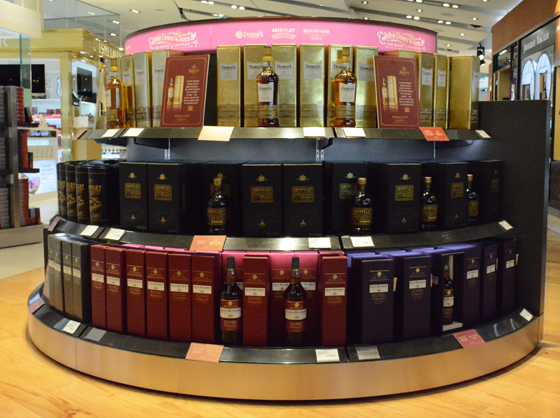 This is the first location in the Americas for the John Dewar & Sons Fine Whisky Emporium shop-in-shop concept.

The John Dewar & Sons Fine Whisky Emporium at the airport in Toronto was open at Nuance’s Terminal 1 store for a period of 17 days in June, immersing travelers in the world of Dewar’s, billed as the most awarded blended Scotch whisky. 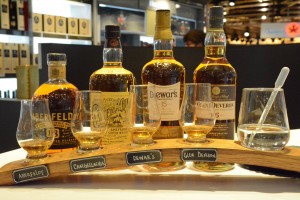 The Emporium featured a branded sampling bar and display gondola where the design was inspired by the Nineteenth Century wine and spirits shop that was opened in Perth in 1846 by company founder John Dewar. The whiskies selected for sampling were Dewar’s 15 Year Old, the first permanent new age statement to join the Dewar’s range since the turn of the millennium, Aberfeldy 12 Year Old, Craigellachie 13 Year Old and the Travel Retail exclusive Glen Deveron 16 Year Old.

During the course of the promotion around 4,500 travelers sampled the whiskies in tutored tastings brought to life by highly trained brand ambassadors and educational props.

Conversion and sales rates at the John Dewar & Sons Fine Whisky Emporium exceeded expectations and customer feedback from the activation was very positive. Around 45% of sales were made by LDA travelers aged below 40, proving the activation reached its target: an emerging group of younger shoppers moving into the ‘second stage of luxury’. Age statements are a key purchase motivation for this group of shoppers, along with quality cues and engaging brand stories.