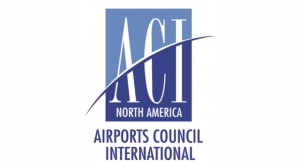 While the first month of the Trump administration has been characterized as chaotic and contentious at best, the U.S. aviation industry has generally welcomed the new government with open arms.

First, the new Secretary of Transportation, Elaine Chao , sailed through the confirmation process, winning full Senate approval by a vote of 93-6. And the 6 negative votes were more in protest to a lack of response to the Senator’s questions regarding the “Muslim ban” imposed by President Trump than lack of confidence in Chao’s qualifications.

On the contrary, Chao served as the Secretary of Labor under George W. Bush and as Deputy Secretary of Transportation under George H.W. Bush, and is one of the most qualified of the new administration’s Cabinet picks. (Ed. Note: For those who do not know, she is also married to the Republican majority leader of Congress Mitch McConnell.)

Secretary Chao is a popular choice among executives across the aviation industry: Delta Airline’s comment: “She brings extensive experience and a strong record of policy leadership to the role, and we are looking forward to working with her on the important policies that affect the airline industry, our 80,000 employees, and the more than 180 million customers who choose to fly with Delta each year,” and Hawaiian’s “On behalf of Hawaiian’s 6,000 employees…We look forward to working with her on aviation policies that will prioritize infrastructure investment, foster competition, and spur economic growth,” are typical of the responses to her appointment.

On February 9, groups representing U.S. airports and U.S. airlines participated in a “productive” meeting with President Donald Trump and senior White House officials to discuss a range of topics, from the critical role that U.S. airlines play as drivers of the economy and job growth across the country to modernizing airport infrastructure. The industry, which has been chafing under regulations imposed by the last administration, welcomed the opportunity to meet with the White House so early in the administration.

“During the meeting, the President stated four times that America must modernize and rebuild our airports,” said ACI-NA President and CEO Kevin M. Burke, who was lobbying for removing federal limits on the local user fee known as the Passenger Facility Charge and giving airports more control of local investment decisions.

Some airlines are demanding additional reforms as well. Southwest Airlines made headlines when it used President’s Trump’s “America First” slogan in a Twitter tweet urging the DOT to “grant MEX slots to US carriers before Mexican airlines.”

On January 23, 2017 five carriers, including Southwest and JetBlue, filed applications for an allocation of slots at Mexico City International Airport (MEX), after Delta Airlines and AeroMexico were directed to divest 24 MEX slot pairs to eligible carriers if their proposed joint venture were to go forward.

Southwest went on to say: “Southwest urges the Department to grant all U.S. carrier requests in full before allocating any MEX slots to Mexican carriers. Not only would this be consistent with the Trump Administration’s clearly stated goal to put America’s interests first, but there is no basis for depriving U.S. carriers of scarce MEX slots in order to increase the holdings of Mexican carriers that already have vastly more slots than all eligible U.S. carriers combined.”

In another incident, American Airlines filed a complaint at the end of January with the US DOT accusing Chinese regulators of dragging their feet over the granting of landing slots at Beijing Airport. In the filing, American objects to the “failure of the Civil Aviation Administration of China to make commercially viable slots at Chinese airports available to American and other US carriers on a reciprocal basis.”

The DOT had granted approval for the daily Los Angeles-Beijing route three months ago. American is urging authorities to block Air China’s renewal application to fly from Beijing to Houston until the issue is resolved.