In the ongoing lawsuit between Duty Free Americas and The Estée Lauder Companies, Inc. that began in 2012, the UNITED STATES COURT OF APPEALS FOR THE ELEVENTH CIRCUIT has affirmed the earlier decision of the district court to dismiss the lawsuit brought by Duty Free Americas (DFA) against the Estee Lauder Companies, Inc. The decision was handed down on Friday, August 7, 2015, before MARCUS and WILSON, Circuit Judges, and District Judge THAPAR.

In the gist of the lawsuit, DFA claimed that Estée Lauder’s refusal to do business with DFA, and its communication of that fact to airport authorities evaluating whether to offer rental space to DFA, violates several federal and state laws. DFA also says that Estée Lauder places anticompetitive restrictions on duty free operators’ display space and ability to select their own inventory; it sought injunctive relief from these requirements. Finally, DFA claimed that its competitors disparaged its business methods and financial projections to airport authorities and seeks to hold Estée Lauder accountable for all of those statements.

Estée Lauder moved to dismiss under Federal Rule of Civil Procedure 12 and the district court granted the motion, and dismissed the claims without prejudice.

Soon thereafter, DFA amended its complaint. This time, DFA raised three claims: (1) attempt to monopolize, in violation of § 2 of the Sherman Act; (2) contributory false advertising, in violation of § 43(a) of the Lanham Act, 15 U.S.C. § 1125(a); and (3) tortious interference with prospective business relationships, in violation of Florida law. 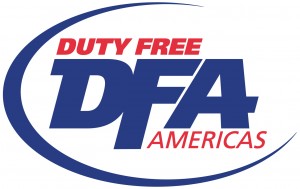 Most recently, after the district court dismissed the lawsuit in its entirety, stating that DFA had failed to state a claim, DFA appealed the decision to the higher US Court of Appeals.

In its decision on Friday, the US Court said:

“After thorough review, we affirm [the district court’s decision].

“On each claim, DFA failed to allege basic facts sufficient to state a claim to relief that is plausible on its face. Thus, in pleading its antitrust claim, DFA did not adequately allege that Estée Lauder engaged in predatory or anticompetitive conduct. Nor has DFA come close to 3 establishing standing to seek injunctive relief from the requirements that Estée Lauder places on its competitors, inasmuch as DFA no longer does any business with Estée Lauder.

“As for its false advertising claim, DFA failed to plead sufficient facts from which a court could find that Estée Lauder made false statements, or, for that matter, was responsible for any such statements made by DFA’s competitors. Finally, the complaint failed to allege any improper conduct sufficient to constitute tortious interference with a business relationship in violation of Florida law.”

“We are pleased with the outcome of the U.S. Court of Appeals decision. The verdict confirms two previous decisions by the district Court of the Southern District of Florida. As the leader in global prestige beauty, we remain committed to growing the travel retail channel”